Social & business event about all women in business, female professionals and entrepreneurs. 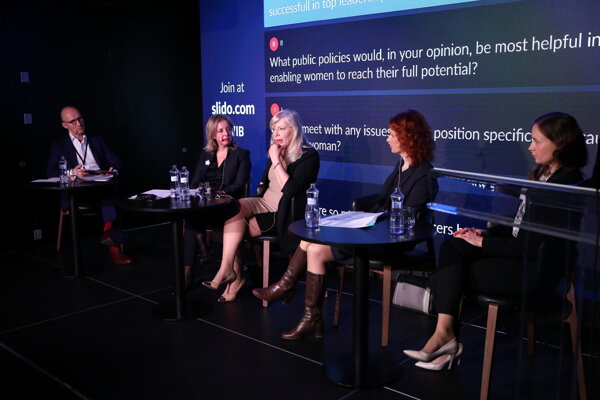 Women´s role in our society is essential. Unfortunately, our society is not able to fully recognize the value women bring to our lives on a daily basis. The same statement is valid for the business sector as well. Therefore, on March 8th, 2019, AmCham organized WOMEN IN BUSINESS – an informal event to highlight the importance and value of women in business, which was attended by 100 participants from various member companies, academia, public administration and media.

The event consisted of two panels and three workshops which brought plenty of exciting debates and thoughts. The first panel discussed on a topic: ARE WOMEN BETTER DEFENDERS OF PUBLIC INTEREST?

According to the statistics provided by Lívia Vašáková, Head of Economic Analyses Section-representation of the European Commission, “women still earn 16% less than men in EU and only 6% of CEOs in companies listed on the stock exchange are women”. Despite the fact women are as good and productive as men, that aspect is still not reflected on their salaries.

However, according to the PwC, diversity of employees directly results in higher economic outcomes of companies. “The increase in female employment in OECD countries, according to a new study by the PwC consultancy, could increase total GDP by 11%, which is $ 6 trillion if the employment rate of women increased to 69% as in Sweden, the highest in the OECD.” The goal should not be to improve image of a company, but to employ more women to improve economic performance of the whole company (PwC report, 2019).

According to H. E. Heidi Alberta Hulan, Ambassador Extraordinary and Plenipotentiary of Canada to the Slovak Republic, it is in the interest of every business to keep equal opportunities for men and women employees. While we all agree with this idea, it is the implementation that lags behind.

Moreover, according to Iveta Radičová, Dean of the Faculty of Masmedia at the Pan-European University and former Prime Minister of the Slovak Republic, the role of women in business should be reconciled with the role of mother and wife. It is significant to understand that women raise children and it is impossible to ignore that aspect. “Children are the biggest value of our lives – please don´t observe the topic only via GDP lens”. She also added that companies are able to do much more for family policies.

Besides, according to Monika Filipová, Chairman of the Citizens’ Association „Dobrý úradník“ and Head of the Department of Local State Administration, to be successful in the business environment is much harder for women than for men. “You have to work twice as hard to climb up the ladder”. 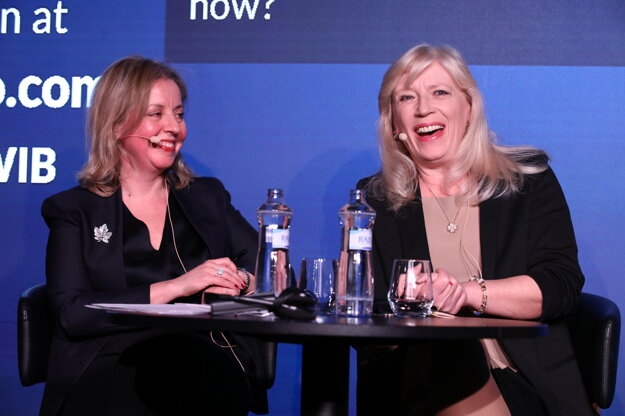 The importance of women in business was also highlighted during the second panel which was called WOMEN IN LEADERSHIP: A BETTER WORLD, BETTER BUSINESS which brought a lively discussion.

Michal Nebeský, Chief Executive Officer in the Czech Republic and Cluster head for Czech Republic & Slovakia, Citibank Europe plc., expressed an opinion that he cannot imagine working in a single gender team. “We were the first financial institution to publish regular paycheck globally. At the moment, we employ 61% of females. Oldest affinity group in Citi – Citi women as the backbone of our functioning.”

His claim was instantly supported by Stephen Caufield, General Manager, Dell s.r.o, who claimed that to forge diversity is one of the main goals in his company. According to him, the biggest mistake is mentoring women instead of sponsoring them. “Women do not need to be permanently guided; they need to be supported.”

As a model of successful business which keeps the ratio between women and men employees, we can use the Phillip Morris International. According to Andrea Gontkovičová, Director for Innovation and Commercial Development in Central Europe-Philip Morris International, “In Slovakia, we have more senior women representatives although we employ more men in Slovakia overall.”

It is up to the whole society and business community to realize that women inbusiness should not be a rare case but are avaluable asset and can enrich business and work environment. Now it is up to all of us to put this into reality. 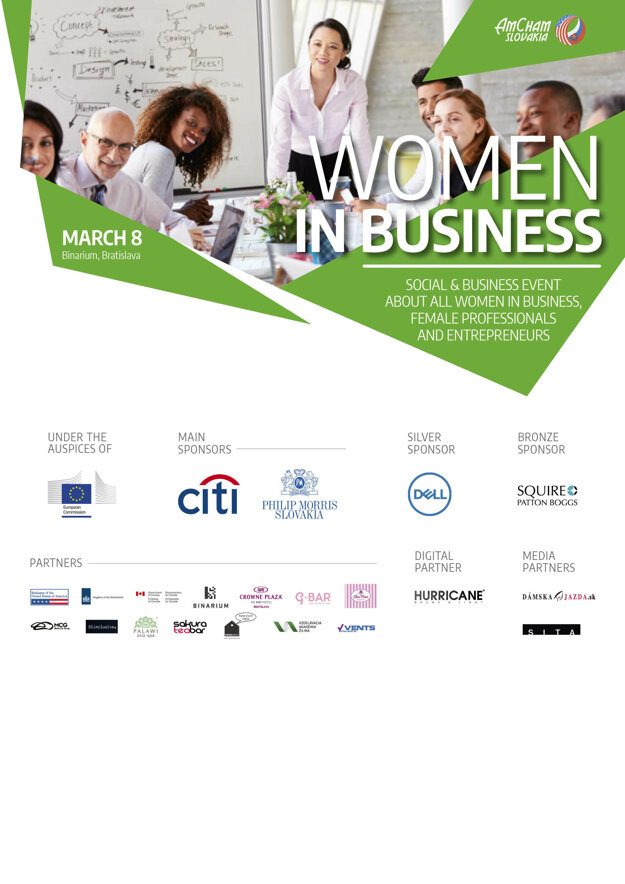