However, the Eurostat criticised the quality of data reported by Slovakia and will look into the issue. 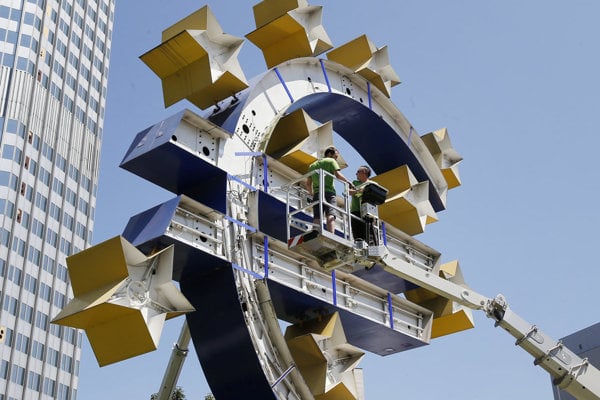 Slovakia's government debt decreased to 48.9 percent of GDP at the end of 2018, the spring notification published by the Eurostat, the statistical office of the EU, suggests.

In addition, the debt has been falling repeatedly in the last five years, the Finance Ministry claimed on its website. For instance, the debt amounted to 50.9 percent of GDP in 2017.

However, Eurostat has expressed a reservation on the quality of the data reported by Slovakia to the EU.

The budget for 2018 originally expected the general government deficit to be 0.8 percent of GDP, while the debt should have accounted for 49.9 percent of GDP, the Finance Ministry informed in its press release.

“The general government deficit, based on the preliminary data, amounted to 0.7 percent of GDP in 2018,” the ministry added.

Apart from the lower cash deficit of the state budget in 2018, the better financial management of the state-run social insurer Sociálna Poisťovňa as well as in the public health insurance sector contributed to the lower government deficit and debt.

“A favourable phase of the economic cycle in connection with the labour market revival helps increase tax and payroll tax incomes, which helped to consolidate public finances,” Katarína Muchová, analyst with the Slovenská Sporiteľňa bank, wrote in a memo.

However, she stressed that it is important to wait for the second, autumn notification that will confirm the state of public finances for 2018.

At the same time, she praised the fact that the public debt dropped by 2 percentage points compared with 2017.

Despite the positive results, Eurostat was critical of the quality of the data provided in relation to the recording of certain expenditures incurred by government. They could increase the deficit by 0.3 percent of GDP in 2018.

“Eurostat will investigate the issue in cooperation with the Slovak statistical authorities,” it informed in a report issued on April 23.

The ministry has said that the further review of expenditure is linked to an amendment to the law on budgetary rules. The amendment changed the way the revenues of state budgetary organisations are recorded, the TASR newswire reported.

“In the last ten years, more than ten countries, like Luxembourg, Belgium, Austria, France and others, have met with the need for additional review by Eurostat,” said Alexandra Gogová, spokesperson for the Finance Ministry, as quoted by TASR.