How many Slovaks would vote in EP elections?

The turnout was among the lowest in the EU in recent years. 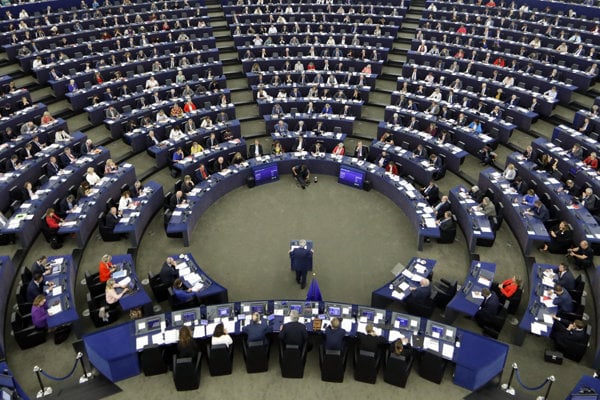 The turnout for the May 25 European Parliament elections may be higher than previous years. About 20 percent of Slovaks would certainly cast their ballot, according to the recent Eurobarometer report.

In addition, a further 19 percent of Slovaks said they would probably participate the EP elections. As a result, altogether 39 percent of Slovaks are interested in the election, said Dionýz Hochel, acting head of the EP Information Office in Slovakia.

In the last election held in 2014, the turnout was the lowest in the EU, with only 13.05 percent of eligible voters coming to polling stations.

“We’re very pleased by this increase,” said Hochel, as quoted by the TASR newswire.

The Eurobarometer survey in Slovakia was conducted between February 20 and March 3, 2019, on 1,115 respondents.

The highest interest in EP elections is among age groups of 25-39 years and over 55 years. The interest is higher in the case of men and university-educated people, according to Eurobarometer.