Nobel Prize laureate: People expect me to know everything. That is not the case 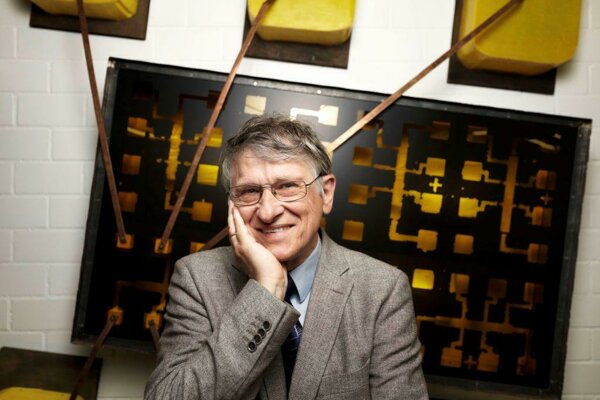 In the past few decades, scientific development has reached the phase that has allowed humankind to leave artifacts representing the kilogram and the metre behind, and define them based on natural laws.

“The reason to choose natural laws as the basis of our metric system is that they are very stable,” says German professor Klaus von Klitzing, whose discovery significantly contributed to changing the definitions of units.

This article is published to mark the planned visit of the Nobel Prize laureate Klaus von Klitzing in Slovakia. His public lecture will be held on April 29 at 16:00 in Bratislava. You can book your place here.

Until recently we have been using the prototype of kilogram as the basis for our measurements. Why has it become a problem and why do we need to change it?

The problem with the kilogram was that we have been using the cylindrical prototype deposited in Paris. That was the one kilogram by definition. If a little piece was scratched from this metal cylinder, or if the whole thing disappeared, it would be a problem, because we would no longer be able to tell what a kilogram is. That is why it is important to have something that is not linked with the prototype, something that can be reproduced anywhere in the world.

-Why new definitions of units are important

-Will we need to change the basic units in the future again?

-What is the connection between the kilogram and his discovery?

-How the Nobel Prize changed his life

-Do we have a chance of saving our planet?

We have got seven basic units that help us measure everything in the world; from what we observe through biology and chemistry to particle physics. Sometimes we use derived units, but at the end of the day, everything goes back to the basic SI units. And we need a very good foundation for each of them.

Is that why we are looking for new definitions of our units?

The reason why we choose natural laws as a basis for our metric system is that they are very stable. We started off with, for instance, the atomic clock that we built based on the characteristics of the microcosmos. Such a device can be produced anywhere.

With the metre, we focused on the measured speed of light, one of the basic constants in physics. The speed of light is the same everywhere in the universe. That way we can tell the length that light travels in a certain time. Thus, today, the metre is linked with the speed of light.

So only now have we been able to practically measure the constants and adjust the basic units accordingly?

It hadn’t been the case for a long time. Only now we have we reached the level that our experiments are good enough and able to measure individual physics constants precisely. Our metric system is now accessible and reproducible in different places of the world.