Dzurinda: We have transferred consumerism to politics 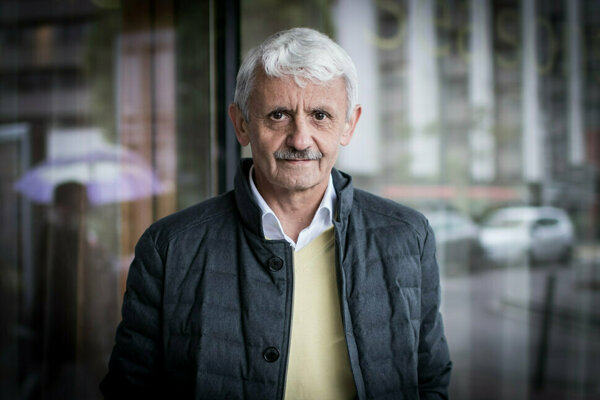 Marking the 15th anniversary of Slovakia's EU accession on May 1, former prime minister Mikuláš Dzurinda gave an interview to the Sme daily, on the causes of the crisis in the union, what needs to change, how politicians abuse Brussels in the political fight, and he also gives his opinion on the local political scene, including the new party of President Andrej Kiska.

In the ongoing European election campaign, several parties invoke the "common sense" they say Europe is missing, or that the EU needs to be repaired after all those years. You said one year ago that the EU is sometimes unable to make fast and efficient decisions - like when it pondered whether to put two or three Belarussian companies on the sanctions list, while Lukashenka imprisoned opposition leaders. Does the EU lack common sense in any way?

That is a stupid simplification that we resort to when we have nothing to say. If we accepted the thesis that we lack common sense, we would offend not just the European and national leaders, but also the citizens of our continent. Jean-Claude Juncker said in an interview for Sme that we blame the European Commission for everything, even things that do not fall under its competencies.

It is also our fault that we haven't been able to set the limits. The competencies of the EU and of the member states are blurred. We have repeatedly committed the sin that EU leaders, or leaders of the European Commission, the Council, and the Parliament, meddle with things they have nothing to do with.

A two-time Slovak prime minister, who later served as foreign affairs minister in the Iveta Radičová government. He led the anti-Mečiar coalition, SDK, which replaced the authoritarian-leaning Mečiar government in 1998. It was under his watch that Slovakia became an EU and NATO member. In 2012, after several scandals, he no longer ran for the chairman of his SDKÚ party. In 2014 he left the party. He has served as president of the Centre for European Studies of Wilfried Martens think tank of the European Peoples Party since 2013.

In the social sphere. Look at the report of Dutch MEP Judith Sargentini about Hungary. She helped Orbán a lot when she criticised not just the things that fall under the competencies of EU institutions, but she started pondering LGBTI protection in Hungary, and Hungarian pensions and maternal benefits. What does that have to do with EU institutions? Those are exclusively national competencies.

So what should the EU have a say about and what not, if EU membership is to be benefitial and the EU should function efficiently?

We need to focus on competencies that no member state can secure on its own and where decisions more than agreements are needed. And by decisions I mean fast and majority voting. Such areas include foreign policy, security policy, protection of external borders, the basic working of the eurozone, and the single market.

But the EU must not meddle with economic models of member states, of their pension system or cultural policies. Can you imagine that Trump would control the budget of the governor of Delaware before the deputies are asked to vote about it? That is what we are doing.

Still, I can hardly understand anyone who wants to make agreements rather than decisions about things like whom to put on a sanction list.

Interfering with national competencies also provides fuel for politicians who now use the EU and Brussels as a swearword, abusing them in political battles, even though in the 1990s it was something we wanted to belong to.

That is an accurate diagnosis of the reason why we now all complain about Juncker and about some European Union, even though we are a part of it. You have mentioned populism, which is one of the causes.

You always need to be saying something in politics, and for those who have nothing to say it is easiest to attack some imaginary Brussels. But the key reason why political parties behave that way is that serious parties that would have always come up with solutions in the past now seem to be scared.

We cannot escape immigration, regardless of how much we blab about the decreasing numbers. What if they start increasing again?

Why did pro-European and democratic politicians resign on proposing solutions?