Why will so few Europeans vote in European elections? Because of meetings like the recent one in Sibiu. 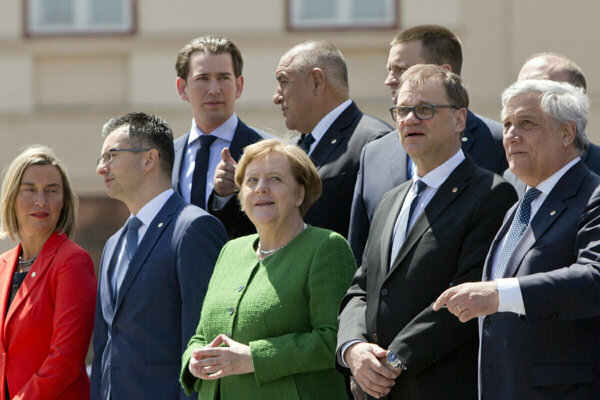 In the year 64 AD, some 70 percent of the city of Rome was destroyed in a fire. More than 200,000 people, half the population, lost their homes. According to legend, the emperor Nero — in a mix of insanity, incompetence and paralysis — watched it all happen, while playing the fiddle.

The only thing missing at the European summit in Sibiu, Romania this week was the music. Britain is still exiting (but has not exited) the EU, street protests continue in France, populists still run Italy, Germany’s economy is slowing, separatists are trying to split Spain, and just this week the U.S. Secretary of State skipped a meeting with Angela Merkel to go fly off and threaten war with Iran. In the face of these varied challenges, the 27 prime ministers in Sibiu held press conferences, took some pictures and headed home by 6 p.m.

Ahead of European Parliamentary (EP) elections in two weeks, the summit communique vowed to “defend one Europe, from East to West, from North to South,” as well as “protect our citizens and keep them safe by investing in our hard and soft power”. Why will so few Europeans vote in EP elections? Among those who do vote, why will so many vote for parties seeking to take the EU apart? Because of meetings like this.