The parliament approved the law on returning children

The parliament overrode the president’s veto and passed the law, despite the criticism of embassies. 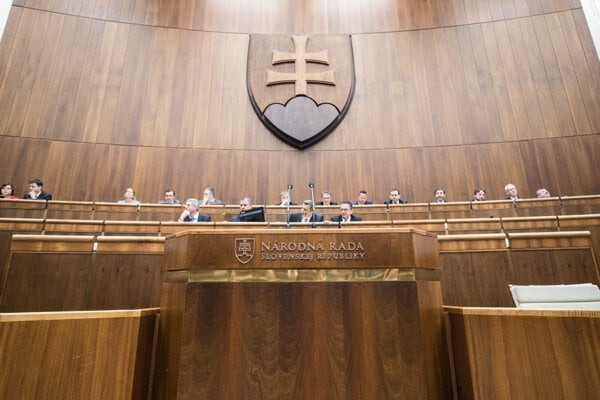 It will now be possible to file a lawsuit to renew the proceedings in the case concerning a return of a minor to a foreign country.

This stems from the amendment to the civil out-of-court procedures law, which was criticised by both the president and foreign ambassadors in Slovakia, the private TA3 news channel reported.

The parliament overrode the president’s veto and once again approved the amendment authored by non-affiliated MPs Martina Šimkovičová and Peter Marček. Its aim is to make it possible to submit a lawsuit to renew the proceeding if the ruling is valid.

“The draft law arises from a natural need to protect the lives of minors and act in compliance with their best interest and belief,” the MPs said, as quoted by the TASR newswire.

President Andrej Kiska vetoed the amendment as a whole and recommended MPs not to approve it again. However, they did not accept his reservations, TASR wrote.

Ambassadors of 13 countries were critical of the amendment, claiming that the law does not take the best interest of children into consideration. They worry that the appeals against decisions will enable the parties in the proceedings to continue postponing the return of children to their countries.

“We believe this does not represent the best interest of the child that Slovakia pledged to protect when it joined the Hague Convention,” said US Ambassador to Slovakia Adam Sterling, as quoted by TA3.

He appreciated the current valid law, which limits possibilities to appeal and thus abuse the system.

“We’re worried that the approval of the law in its current version would be a step back,” he said, as quoted by TA3.