Slovak ice-hockey fans did not hold back after Slovakia lost to Canada. They threw bottles on the ice, whistled and booed. 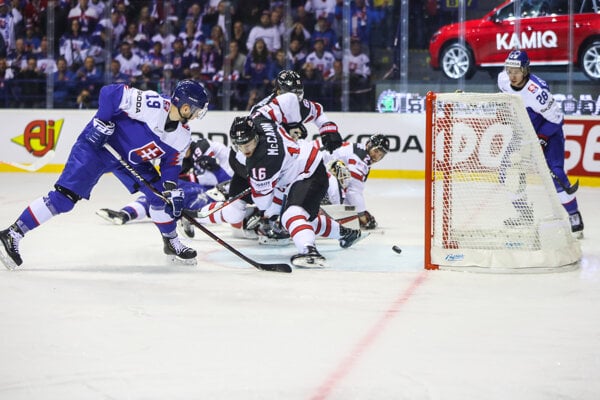 Slovakia lost 5:6 to Canada in the game during the 2019 Ice-Hockey World Championship. (Source: SITA)
Font size:A-|A+1

Bottles, plastic beer cups and other litter. All these things ended up on the ice at the Steel Arena in Košice after Slovakia lost 5:6 to Canada in its third game at the Ice-Hockey World Championship.

“Fans help us, they send us energy, but the booing and bottles on the ice were useless,” said Slovak forward Libor Hudáček, as reported by the Denník N daily.

Despite a great game, Slovaks went mad after a goal by forward Tomáš Tatar was not recognised by a referee during the game. Also, defenceman Erik Černák was given a two-minute penalty for tripping just two minutes before the end of the game, which fans did not like either. 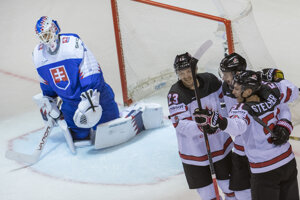 As a result of the referee's decisions, Canada took advantage of the last power play and won the game in just under two seconds before the end.

Apart from throwing different things on ice, Slovak hockey fans began to boo and whistle while the Canadian anthem was playing.

“I think we should respect an anthem, but I understand the emotions resulting from such a game,” said Slovakia's coach Craig Ramsay, as quoted by the Sme daily. “Fans were very disappointed, and that happens. I do not blame them.”

Although fans considered the decisions of the referees to be unfair, Slovak captain Andrej Sekera did not hold the same opinion.

“They took advantage of their chances, we did not use ours at the end of the game,” said Sekera, as quoted by Denník N. They played better than us in the power play and when their team was not at full strength, he added.

Tatar, however, stood up for fans, saying Slovak players felt the disappointment as well, as reported by Denník N.