Trump and Šefčovič have opened a new LNG export terminal

Slovakia is to import US gas only if it is cheaper than Russian gas. 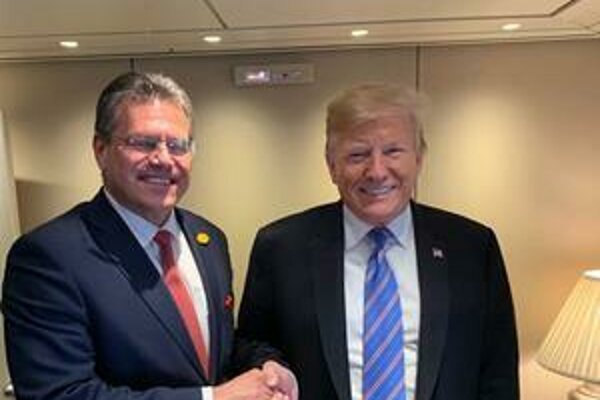 The aim of the Cameron LNG project, within which the terminal was opened, is to export LNG to Europe. It should thus increase the EU's energy security.

“The launch of Cameron LNG is proof of our strategic partnership in the area of energy security and cooperation,” said Šefčovič, as quoted by Pravda.

The first gas carriers should reach the EU in the second half of 2019. As a result, European countries will have three gas routes available, as reported by Pravda.

The US competing with Russia

The US is not a dominant gas exporter to Europe, unlike Russia and Norway. However, Trump is determined to replace Russia.

“When it comes to gas exports to Europe, our ambition is to compete with Russia over the first spot,” said Trump last year, when he met Russian President Vladimir Putin, as quoted by Pravda.

However, Slovakia will import gas from the US only if it is cheaper than Russian gas, or if gas supplies are cut off just like in 2009, when Ukraine was in a conflict with Russia, Pravda wrote.

“The US will play a decisive and strategic role in the future energy needs of Europe, which will end the Russian choking of European energy,” said US Ambassador to the EU Gordon Sonland, as quoted by Pravda.