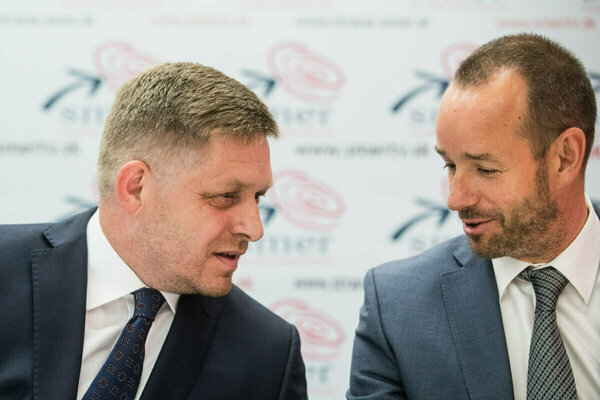 Viktor Stromček will no longer serve as Smer's general manager. The former MP and ex-state secretary at the Transport Ministry left the post on April 30. The reported reason is that he was exchanging text messages with controversial businessman Marian Kočner, among other things accused of ordering the murder of investigative reporter Ján Kuciak and his fiancée, Martina Kušnírová, as several media outlets wrote.

Yet, Stromček has offered a different explanation of his departure.

“I said already in 2015 that after the successful realisation of the biggest investment project in central Europe, I would leave in 2018 for the private sphere,” said Stromček, as quoted by the Sme daily.

He referred to the Jaguar Land Rover carmaker in Nitra. When he became Smer's general manager in 2018, Stromček postponed his departure from the public sector, according to his own words, until the assessment of the recent presidential election came to an end.

The version suggested by Tvnoviny.sk is somewhat likely, though. The National Criminal Agency (NAKA) found the WhatsApp communication between Kočner and Stromček from June 6, 2017 after they had received Kočner's mobile phone from ex-SIS agent Peter Tóth, Sme wrote.

The texts exchanged suggest that they discussed a criminal matter. However, it is not clear what matters they talked about and why Stromček thanked Kočner. The case file shows that Kočner was the first to contact Stromček, asking him about the name of an investigator and prosecutor dealing with a given case, Sme wrote.

Stromček was allegedly trying to find a good lawyer for his friend and that was why he communicated with Kočner, according to the daily.

PM Peter Pellegrini (Smer) does not know anything about Stromček's communication with Kočner.

“I can confirm 100 percent that no such thing was mentioned at all in the talks during the party's board meeting,” Pellegrini said, as quoted by the TASR newswire.

It was Stromček's own decision to leave, he added.

Smer chair Robert Fico thanked Stromček for his work and stood up for him when information on Stromček's texts surfaced.

“I refute the ridiculous speculations regarding any other reason why Viktor Stromček ended his political career,” Fico said, as quoted by TASR. He sees it as a fierce effort to make a scandal out of a successful life story, which is supposed to harm Smer.

Yet, the head of the Ordinary People and Independent Personalities (OĽaNO), Igor Matovič, claimed that Stromček has left because he knew the communication with Kočner would soon be published, TASR wrote. He also called on the general prosecutor to look into Stromček's properties.