The Health Ministry will soon announce a new tender for hospital construction. 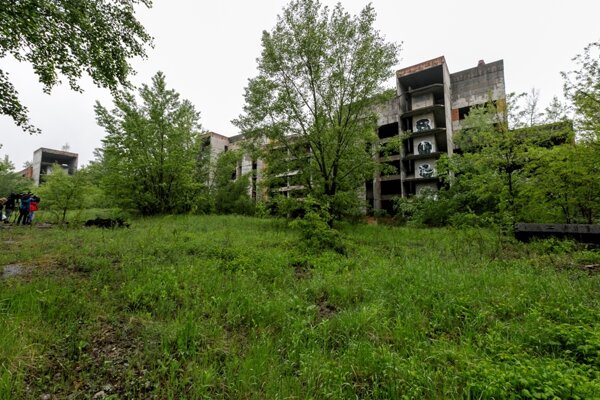 The infamous building frame of the failed hospital project in Bratislava’s Rázsochy neighbourhood will soon disappear. Based on an agreement signed by Health Minister Andrea Kalavská (Smer nominee) and the company Metrostav on May 16, the demolition may start toward the end of June at the latest.

At the same time, Kalavská promised in 10 days to announce a tender to build a brand new university hospital. It is supposed to stand on the same spot as the dilapidated frame, the TASR newswire reported.

“We’re sending a clear signal that 30-year history will change,” said PM Peter Pellegrini (Smer), who was present when signing the agreement, as quoted by TASR. “It should be completed in the next election term.” 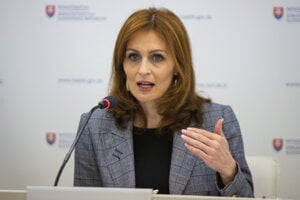 The demolition was originally expected to start last autumn. However, the Italian company Despe challenged the tender over demolition works at the Public Procurement Office. It particularly asked whether it is possible to use 100 percent of the material from the frame and its foundations, as Metrostav had declared.

Metrostav submitted a bid worth more than €10.69 million. It claimed that it is possible to recycle 100 percent of the already used building material, TASR reported.

Despe’s bid was prepared in cooperation with the Slovak construction company Doprastav. They offered to carry out the work for more than €10.66 million, while recycling 71 percent of the original building material. Another bid, submitted by a consortium comprising the Strabag and Destroy companies, offered the work for €10.08 million, while recycling 10 percent of the already used material. 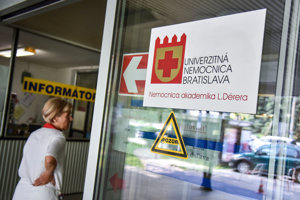 Another hospital built by Penta

At the same time, the Penta financial group is currently building a new hospital in Bratislava’s Bory neighbourhood.

Pellegrini said back in April that the new state-run university hospital may be completed two years later than the private one, to be operated within the Svet Zdravia (World of Health) network, TASR reported.

This means that the state hospital will be completed around 2024.