More tests will be made though. 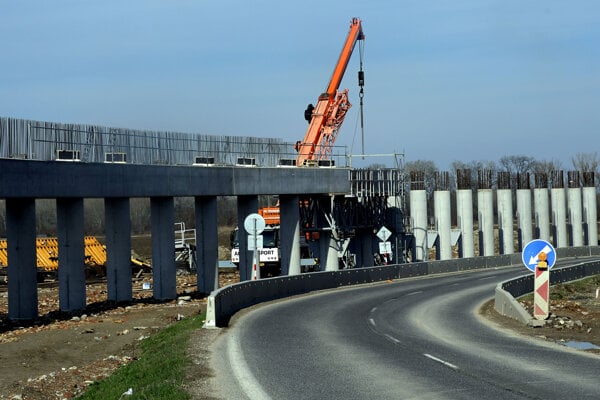 There was no contaminated soil used for the construction of the Bratislava ring road project that would endanger the health of people. This was confirmed by the Transport Ministry, which referred to the results of the tests done on the soil and the road embankment at the construction site.

The analysis, however, showed that some materials used at the construction site were not in accordance with construction regulations, the TASR newswire reported. To be able to definitely confirm those results, the ministry will have to do more testing. It will start on May 17.

“Even though contamination that would endanger the health of people or aquatic animals was not confirmed, we want to check everything in detail,” said Transport Minister Arpád Érsek (Most-Híd), as quoted by TASR. 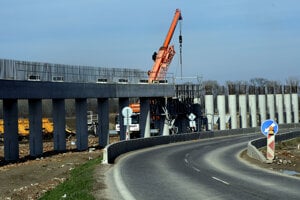 If the suspicions are right and the material used in embankments is not approved, the concessionaire will have to remove the material at his own cost and use new ones, he added.

The ministry initiates the controls ordered by the Environment Ministry's inspectorate, State Construction Supervision, and also closely cooperates with the police.

A report will be published after the tests are over, TASR wrote.

The Transport Ministry took control samples of soil from the construction site of the D4 and R7 roads a few weeks ago. There was a suspicion that contaminated soil or construction waste had been used at the site. 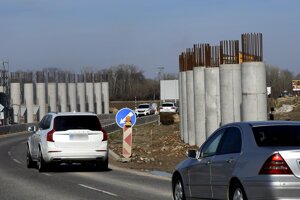 Read also:Charges have been brought in the Bratislava ring road case Read more

The ministry stated in March and April that the concessionaire is fully responsible for the construction. Independent supervision is supposed to ensure that they are following the rules and laws.

“There is a suspicion today that the independent supervision did not fulfil its duty and is not controlling the construction in the way it should,” the ministry said recently, as quoted by TASR.

The construction of the ring road project is strictly in compliance with all valid Slovak and international norms, directives, legal requests and the concessionaire agreement, Juan José Bregel, a general manager of the D$R& Construction company, told TASR.

He disagrees with the results presented by the Transport Ministry on May 16. As he stressed, the only question that should be discussed are some formal administrative steps.

They want to clarify these in following weeks at meetings with the ministry, Bregel said, as reported by TASR.