UPDATED: Police detained an organiser of the Topfest summer festival

The festival will take place anyway. 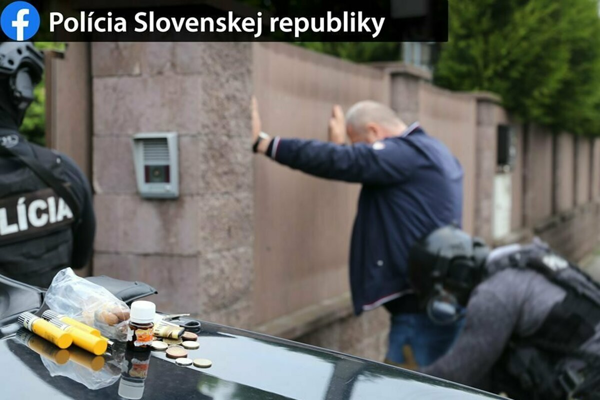 An image from the Festival operation. (Source: Facebook of the Slovak police)
Font size:A-|A+  Comments disabled

14 people were detained during the Festival operation, which was carried out by the financial police on the morning of May 16 due to allegations of fraud worth €7 million.

Among the arrested people was Dušan Drobný, the organiser of the Topfest summer music festival, the private broadcaster TV Markíza reported.

Topfest should be organised by the Morning Net agency. According to the business register, it changed owners three months ago and now has a Hungarian authorised representative.

What are the charges?

The investigator of the financial police launched criminal prosecution for tax evasion in 25 cases in December 2017. The case involves a Bratislava-based company and its tax returns for the years 2015 and 2016.

A total of €7 million were reported in damages.

Festival should take place as planned

Topfest is scheduled to take place in the Zelená Voda complex near Nové Mesto nad Váhom (Trenčín Region) during the last weekend in June.

Guitar player Slash, British band Apollo 440, and Slovak bands like Horkýže Slíže and Desmod were slated to perform at the festival this year.

The Morning Net company issued a statement, claiming that it will continue with preparations for all of its events, including Topfest.

“There is no reason for the festival not to take place or be changed,” the organiser wrote on the festival’s website.

The charges have been brought against a person who is just one of the organisational team’s members.

“This criminal proceeding doesn’t have any impact on the activities of our company and the continuing preparation of the festival,” the organisers said.