A building made of plastic crates caught fire in Žilina

How will the fire impact transportation in the city? 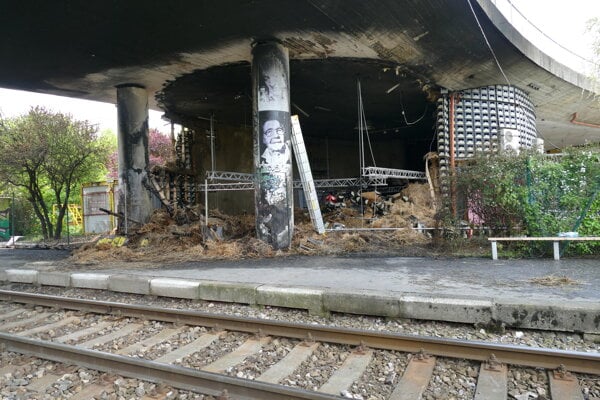 Firefighters in Žilina had to deal with the situation after plastic crates filled with straw, used as a space for theatre performances at the Žilina-Zárečie railway station, caught fire in the early morning hours of May 19.

The fire quickly spread to the nearby Rondel flyover and its pillars. Although the fire was extinguished, the flyover had to be closed for both road and railway transport.

An expert group will now try to find out more about the cause of the fire. The damages have been estimated at €213,000. The police, meanwhile, have launched an investigation, the SITA newswire reported.

The Truc Sphérique civic association, which runs the Stanica Žilina-Zárečie cultural space, is ready to bear consequences if the investigation proves they were responsible for the fire, the TASR newswire reported.

Following the damages to the flyover, the organisation of traffic in Žilina had to be changed.

The police in Žilina introduced the following changes: