Local source is becoming a reality

Facilities harness the sun the most. 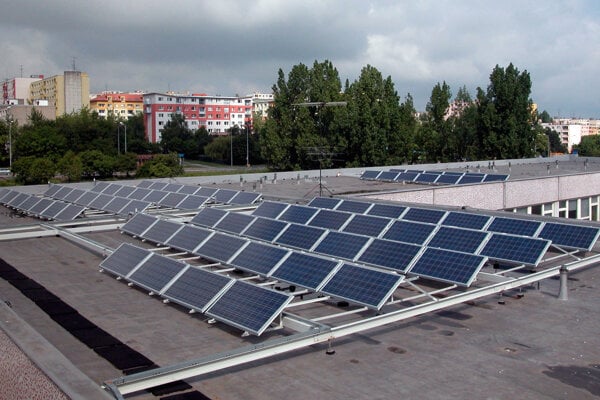 The local source is the most acknowledged novelty presented by the revision on the law on RES. (Source: TASR)
Font size:A-|A+

Electricity has one negative feature – it cannot be stored as easily as other products like car components. This makes balancing the production and consumption of electricity a very complex issue, but there is a possible solution; electricity can be consumed when and where it is generated.

The institute of the local source generating electricity from renewable energy sources, introduced by the biggest revision to the Act on Support for Renewable Energy Sources (RES) and Highly Efficient Cogeneration, effective as of the beginning of 2019, plans to implement this solution. The local source is the most acknowledged novelty presented by the revision.

“The local source represents a facility that produces electricity to be almost completely consumed at the given place,” Maroš Stano, spokesperson of the Economy Ministry, told The Slovak Spectator. “Such production will not have any significant influence on the grid.”

This means that such electricity producers will actually not use the national grid, leading to the decentralisation of electricity production. The Economy Ministry expects that companies, in particular, will use the local source to generate electricity for their own consumption, while households can build their own power plants harnessing renewable energy sources, too.

Jozef Badida, an energy analyst for the Energia pre Vás website, praises the introduction of the local source, pointing out that local sources should not bring any financial burden for electricity consumers.

“If a company or a business wants to invest its own money into building a photovoltaic power plant on its roof and consumes the electricity solar panels produce, this is an excellent solution,” he said during a discussion on the TA3 news channel after parliament passed the revision in late October 2018. He added that this solution does not require an extension of the grid nor the construction of back-up facilities. Such facilities are needed, for example, when the sun is not shining and photovoltaic power plants do not produce electricity.

Lawyer Pavol Poláček of the Poláček & Partners law firm, which has been dealing with energy legislation in the long run, welcomes the introduction of the local source.

“Through the production of electricity for their own consumption, business entities can reduce their energy bills when the price of electricity equals €50-60 per MWh today,” said Poláček, as cited by the TASR newswire. “The savings will be significant.”

Origin of the local source