The National Criminal Agency launched an investigation into the case. 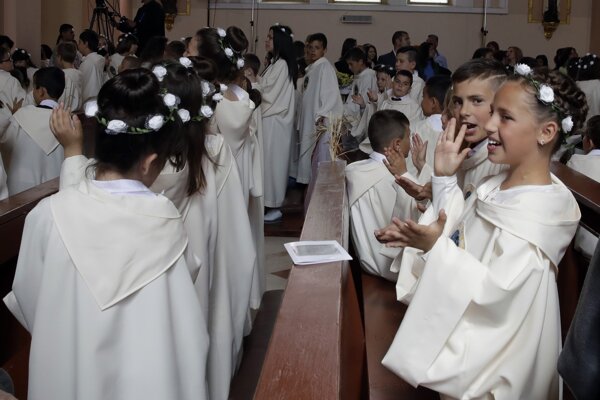 The National Criminal Agency (NAKA) launched an investigation into a controversial incident in Trnava on May 27. A group of local children attended their first communion in the Saint Nicolas Basilica on May 25.

A few hours before the ceremony, an incident occurred when their parents did not want a Roma girl to sit at a pew in front of the altar with other children, the TASR newswire reported.

The mother of the girl described the case on Facebook and raised the discussion.

“Can you advise me on where I can submit a complaint to the parish for discrimination? We – my daughter - were about to attend her first communion. We went to confession and the parents of these children didn't want my daughter to sit in the front with other children. We were supposed to sit in the back as a family,” the mother wrote.

She received an offer stating that a child can also attend first communion on her own, the woman added.

Governor: such behaviour is unacceptable

The incident was addressed by Jozef Viskupič, governor of the Trnava Self-Governing Region, whose son also attended his first communion at the basilica. He learnt about the problem when he was entering the basilica. At the time, it had already been decided that the Roma girl would sit in the back. 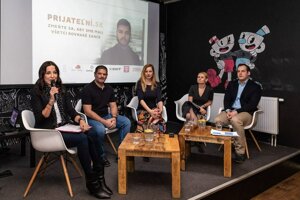 Viskupič told a chaplain that “this kind of segregation is unacceptable” and that he would be glad if the chaplain agreed with the girl sitting with her peers.

“He agreed in the end, and he informed the catechist teacher who was with the children and during the ceremony that they would all sit together,” Viskupič noted, as quoted by TASR.

The parish of St Nicolas in Trnava has refuted the claims of discrimination against the Roma girl. It said that the mother had enrolled her daughter for first communion late and that the girl did not attend the preparation with the others. The place she received followed a seating plan.

“Despite the unpleasant reaction of some parents, the priest decided on Saturday morning that the girl would sit among the other children,” reads the statement of the parish, as quoted by the SITA newswire.

The mother enrolled the daughter only about a week before the ceremony. Although the girl did not prepare with the other children during the school year, the priest was willing to take her because she was a Roma child.

The priest first contacted the catechist teacher who had taught the girl for the previous two years, and later accepted the request due to his recommendation. The parish also condemned the behaviour of the parents and reminded them that they offer religious service for dozens of Roma every year without problems.

Parents may submit a criminal complaint

The parents of children who also attended the ceremony have also denied discrimination against a Roma girl. They consider the whole affair to contrived and escalated by the tabloid media.

Marián Praženka, father to one of the children, described the incident to the regional MY Trnavské Noviny newspaper. He said that the group of children had trained for the ceremony about a month before it actually took place. The girl did not attend these trainings. They learned about her being present only shortly after the confession held one day before.

“We were surprised and outraged by the fact that we did not learn about it soon enough,” Praženka told MY Trnavské Noviny.

At the same time, he refuted the claims that the problem occurred because of the girl’s skin colour. He even said that there already was one Roma girl, but this one attended all activities along with the rest of the group.

He also stressed that they had no power to decide on who would sit where.

“Our children have been hearing about this since Saturday and are stressed out, like us parents,” Praženka said. “We are considering submitting a criminal complaint against the girl’s mother for perjury.”