The election committee also reported the case of an American citizen who wanted to vote in the EP elections. 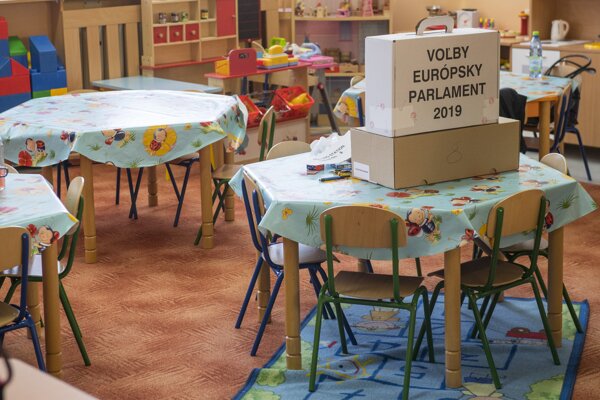 Election day on May 25 was calm, without major incidents, summed up Eduard Bárány, chair of the State Election Commission. The most serious incident occurred in Košice, where bees swarmed near a polling station, he added.

Here are some other interesting stories reported by the polling stations:

An American woman wanted to vote

One curious incident happened in Bratislava’s borough of Ružinov, where an American woman wanted to cast her ballot.

“A man and his partner, an American, entered one of the polling stations,” said Tatiana Tóthová from the communication department of the Ružinov local municipality office, as quoted by the TASR newswire. “She did not have double citizenship, but she demanded the right to vote.”

The whole incident was very dramatic, and they had to call the police, Tóthová added.

The city of Nitra decided to use the tonnes of unused ballots in primary schools and kindergartens. Of the about seven tonnes of the ballots sent to the city, only one-fourth were used. As a result, altogether 1,240 packages of ballots are now stored in the local municipality office, with every package containing about 1,000 ballots.

“Children will enjoy the tonnes of unused paper because at the municipality office we decided to donate the ballots to kindergartens and primary schools,” said Nitra’s spokesperson Tomáš Holúbek, as quoted by the SITA newswire.

School headmasters showed interest in the ballot papers since they use them for paper planes and painting, he added.

Some ballot papers will also go to local culture centres.

At the same time, the ballots used in the elections that were not cast but ended up in waste bins will be recycled.

“We got lots of paper,” Holúbek said, as quoted by SITA. “In the previous presidential election, we did not have so much paper like we have now.”