New €100 and €200 banknotes in circulation in Slovakia

The security of the new euro banknotes has been upgraded. 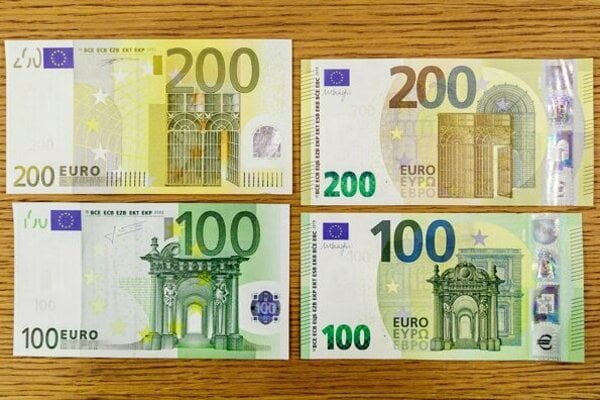 People in Slovakia can now use new €100 and €200 banknotes. They were put into circulation on May 28.

One of the most significant changes of the new banknotes is that they are smaller and thus more practical.

“The new €100 and €200 notes are now the same height as the €50 banknote, which makes them easier to handle and process by machines,” reads a press release issued by the European Central Bank (ECB). 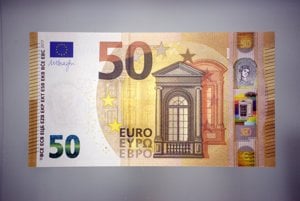 In addition, their security features, namely the satellite hologram and enhanced emerald number, have been upgraded.

The new banknotes have the silvery stripe on its right side. At its top, a satellite hologram shows small € symbols, which move around the number when the note is tilted. These symbols are clearer under direct light, the press release reads.

The silvery stripe also depicts a portrait of Europa, the figure from Greek mythology, and a larger € symbol. An enhanced emerald number is featured on the notes as well.

“While the emerald number is present on all the other notes of the Europa series, this enhanced version also shows € symbols inside the number,” the ECB's press release reads.

No need to exchange banknotes

“It is not necessary to exchange the old banknotes of the first series since they still remain valid,” said Andrej Slížik of the National Bank of Slovakia (NBS), the country’s central bank, as quoted by the Pravda daily.

NBS will be gradually withdrawing them from circulation. In fact, almost all of the old €5, €10 and €20 banknotes have been exchanged.

“When it comes to the €50 notes, we have exchanged 73 percent of the old banknotes,” Slížik added, as quoted by Pravda. 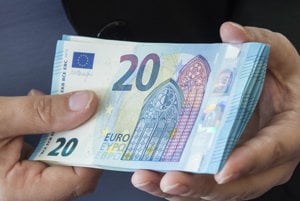 The €20 and €50 banknotes are the most widely used notes in the eurozone countries. The third most used banknote is the €100 note.

The ECB already announced that it would permanently stop producing and withdraw the €500 banknotes for concerns it could “facilitate illicit activities”. However, the banknote remains valid.

Therefore, the issuance of the new €100 and €200 banknotes has completed the Europa series, the second series of euro banknotes.

The ECB has been introducing new notes of a lower value and of the better secured second series since 2013 while simultaneously withdrawing the old version of euro notes from circulation.