Revolution within Smer? Eastern-Slovak organisations call on Fico to resign

Pellegrini suggested that he might step down as prime minister. 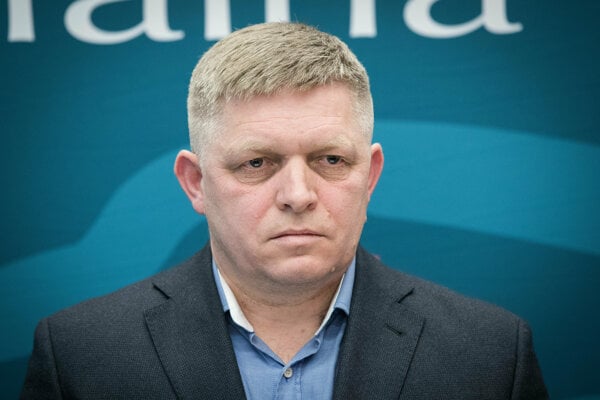 Saturday's European Parliament election was the first Smer did not win as a party since 2006. Three days later, representatives of the party in the Košice Region called on the party chairman Robert Fico to step down. 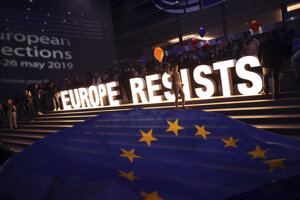 Read also:The pro-European voice within the V4 is clearest in Slovakia Read more

It is the first time Fico has faced such an outspoken call for his departure from within the party. Denník N published the letter on the day it was sent to the party leadership and all its regional and district organisations. In it, the Smer representatives from eastern Slovakia demand an extraordinary convention of the party, asking Peter Pellegrini to take the reins from Fico.

Fico was forced to step down as prime minister after the murder of Ján Kuciak and Martina Kušnírová. His resignation, and that of Robert Kalinak, who then served as interior minister, was among the main demands of the For a Decent Slovakia protests that changed the country last year. Peter Pellegrini took over as PM, while Fico returned to parliament as an MP and remained the chair of the ruling Smer.

Pellegrini wants to be part of the discussion

"We have a decisive time ahead of us in Smer. It will determine who will be where and if anyone will be anywhere at all," PM Peter Pellegrini reacted, speaking to journalists ahead of the cabinet’s session on Wednesday, May 29.

With the Parliamentary election ahead, I will do my utmost for Smer to win, but it will require a thorough reform, Pellegrini said. He also suggested that if “it doesn’t work out”, he might step down as prime minister.

He welcomed that the members want to discuss the future of the party, although he said it would be preferable to do it within the party. He said it is now up to the chairman of the party, Robert Fico, to decide how to proceed.

Some in Smer want to apologise

In their letter, the signatories also demand that the party passes a call on the citizens that will contain Smer's collective apology for failing to prevent the current situation that the country is in, defined by unsurpassable differences in opinions and political and moral attitudes among citizens.

"We have recently noted a dramatic decline in the number of members willing to actively take part in the party's activities, and the willingness of these members to identify with the party in public has been significantly dropping too," they wrote. They admit to even having problems finding people to represent the party in local election commissions.

They want what decent citizens want

They admit the party members are frustrated to be connected with people who have been found guilty of tax evasion, suspected of corruption and dubious deals, the Cisty Den scandal, or even scandals linked with a man who is accused of ordering the murder of an investigative journalist.

"We want the same as all other decent citizens of the country: a clean public life, rule of law, justice, and equal chances for all," they wrote.