First Roma to become MEP: Most of my votes came from the majority

The best answer to rising extremism is to do something concrete. My party chose to support me for MEP, says Peter Pollák. 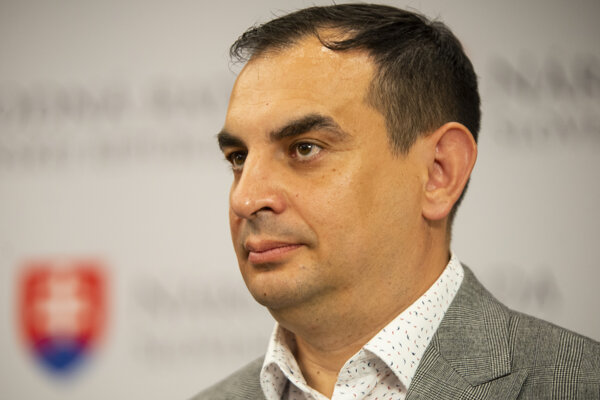 In this interview, you can read about:

Political parties often put Roma people on their candidate lists to lure Roma voters, but most politicians are not serious about the participation of Roma in politics, says Peter Pollák, the first Roma to be sent by Slovakia to the European Parliament.

The Slovak Spectator (TSS): Slovakia's voters elected you as the first Roma MEP. This could suggest that many Slovaks do not harbour racial prejudice. At the same time, on the election day the media reported about the case of a girl whom parents reportedly did not want to sit among their children during a first communion ceremony. What does that say about the situation of Roma in Slovakia?

Peter Pollák (PP): These are two polarities of Slovak citizens' attitude. What happened in Trnava is incomprehensible, especially because it happened in a church. Those who have read Holy Writ know that it says God loves everyone without differences. And there were differences in this church. I am also sorry that the Catholic Church did not make a statement on this case. The bishop should speak out and make a clear statement to believers and clergymen.

In 2015 I had the honour of attending a pilgrimage with Pope Francis, with more than 5,000 Roma from around the world in attendance. He sent a clear message to the Church in Slovakia – it must do everything to put Roma at the centre of the church, not its margins. I feel that despite the words of Pope Francis, Roma are at the margins, not the centre.

I appreciate that most of the votes I received came from the majority. These are two cases that suggest that not all people in Slovakia are the same and think the same.

Who is Peter Pollák?

Peter Pollák, 46, is the first Slovak Roma MEP. He was elected from the slate of Ordinary People and Independent Personalities (OĽaNO) with 23,815 preferential votes.

In 2012 he was elected Slovakia's first Roma MP.

In 2012 - 2016 he worked as the Government's Proxy for Roma Communities (under the Smer government).

He is a university lecturer, project manager and comes from Levoča.

TSS: Two candidates of People's Party Our Slovakia (ĽSNS) were elected to the EP along with you. How do you perceive the rising support for extremists in Slovakia?

PP: When extremists came from the streets to parliament in March 2016, I said that they are exchanging their uniforms for suits with a Christian cross, but they are still extremists. It is a reality that mirrors people's mindset. Extremists are here thanks to the fact that during 12 years of the Robert Fico government, stealing did not stop and has even increased, and the problem of Roma communities is even bigger than it was 12 years ago.

The last three governments in Slovakia have created an environment that allowed extremists to move from the streets to the parliament.

TSS: Do you plan to focus on issues of racial discrimination in the EP?

Read more articles by the topic
This article is also related to other trending topics: Roma community, EP election 2019