Bratislava has prolonged the rental of land by US Embassy 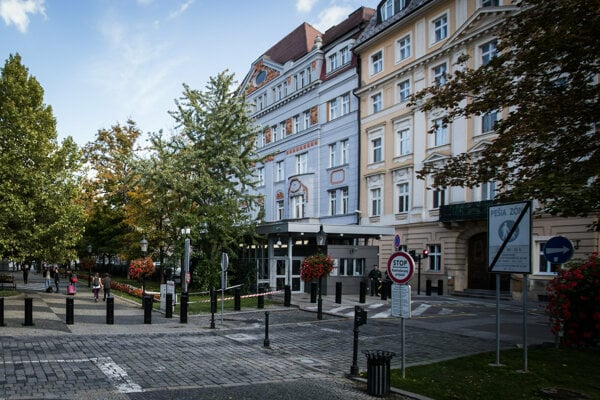 The rental of land in front of the US Embassy in Bratislava, on which the infamous security fence stands, has been solved after three years. The previous contract, under which the embassy paid only a small amount to the city coffers, expired in 2016 and the previous city council had failed to make a new deal since then.

A solution was found only by the newly-elected city council, at a meeting held on May 30.

The new rental agreement has been signed for six years and the embassy will pay €481,070 per year. Of this sum, 25 percent of the money will go to the Old City borough and the remaining 75 percent to the city coffers, the SITA newswire reported.

Moreover, the embassy will have the option of extending the agreement by a further three years, but only if it submits a valid construction permit to build a new location for the embassy at least two months before the rental expires. 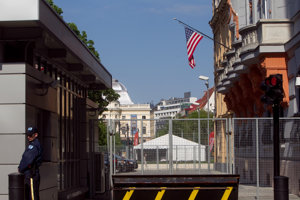 Several city councillors welcomed the solution to this problem, inherited by the previous management.

“I would like to support this proposal because we lose a huge amount of money every year due to the propaganda of the former mayor who wanted to arouse anti-western moods,” said Ján Budaj, as quoted by SITA. “The only thing he gained for Bratislava was a loss of €1.5 million.”

The US Embassy has rented the city land in Hviezdoslavovo Square and Paulíny Street since 2005. The embassy built a fence around the building in 2002 as part of the safety measures adopted after the September 2001 terrorist attacks in New York. The fence has raised criticism by some people, who even called for its removal since in their opinion the fence does not belong in the historical centre of the city.

The existence of the security zone in front of the US Embassy is supported by the Security Zone Agreement between the US and the Old Town borough, and the statement of the Foreign Affairs Ministry and Vienna Convention on Diplomatic Relations, SITA reported.