Slovakia is not a mafia state yet, but it is in danger 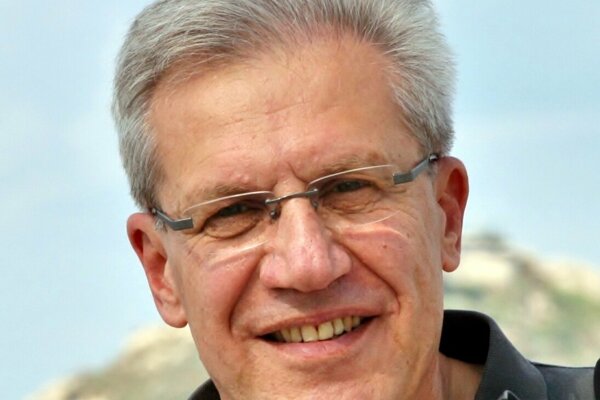 SME/The Slovak Spectator (SME/TSS): How can a democratic state turn into a criminal gang?

Bálint Magyar (BM): A mafia state emerges when no longer oligarchs or representatives of the underworld but the government operates like a criminal organization. This could be called the organised criminal upperworld, with all due consequences. It is a privatised form of a parasite state. An adopted political family organised around the chief patron becomes the ruling elite. That one person, the Godfather in Hungary, is Viktor Orbán.

SME/TSS: At what point did you realise that something went wrong in Hungary?

BM: After 2010 the state gradually limited free competition. Between 2009 and 2015 the ratio of public procurements assigned without public notice increased from 20 to over 60 percent of all orders. They have also increased the financial limit for procurements that do not require a public tender, and thus widened the space for non-transparent offers. Further, due to what they declare national-economic or security interests they can fully avoid public tenders in all cases they think serves their interest. As a result, orders have become radically overpriced. In a country where actors of the public procurement process are autonomous players, there is a limit for overpricing: I can ask 10 or 20 percent more, but I cannot ask double the amount of the estimated price of the project. Because if I won with such an offer, other bidders can turn to court. Once a mafia state gets hold of procurement, there is no end to overpricing. That is why the price for one seat in newly-built stadiums in Hungary is higher than anywhere in western Europe.

Former culture minister, politician and sociologist. Magyar was a prominent member of the democratic opposition under Communism in Hungary. After 1988, he participated in negotiations of the opposition parties on the change of the regime, and co-designed the plan for democratic transformation.

Today, as a sociologist, he is a critic of Viktor Orba's regime. He is a lecurer at the Central European University. He has put out several publications on the mafia state.

SME/TSS: To what extent are voters aware of such abuse of public resources?

BM: Most international corruption perception surveys ask entrepreneurs whether they needed to bribe anyone to get a state order. But that question concerns corruption in a competitive market. In a mafia state, there is no corruption concerning "free competition", because entrepreneurs don’t even get into a situation where they would have the possibility of bribing anyone. Orders are controlled from above, and distributed in the early stages if the process. In the survey of the Medián Public Opinion and Market Research Institute - conducted in December 2017 - people were asked if they believed the abuse of public finances is the result of the occasional private deeds of public servants, or if corruption is centrally and systematically organised from above. Even as many as 33 percent of Fidesz voters said that they are state-controlled deeds. Obviously, the portion of people with that opinion is much higher among voters of the opposition leftwing and liberal parties (74 percent) and voters of the extreme right opposition party Jobbik (84 percent).

This is no longer about the good old argument that there are people who steal in every government. Even the public realises that this is something else, that corruption is elevated to the level of the state’s functioning in a centralized and monopolised way.

SME/TSS: Are you saying that a rather large part of Hungarian voters perceive corruption as how the state works? How did Orban achieve that?