In the village of Dohňany, which is located in the Púchov Valley, we can find several unique cultural and technical treasures. 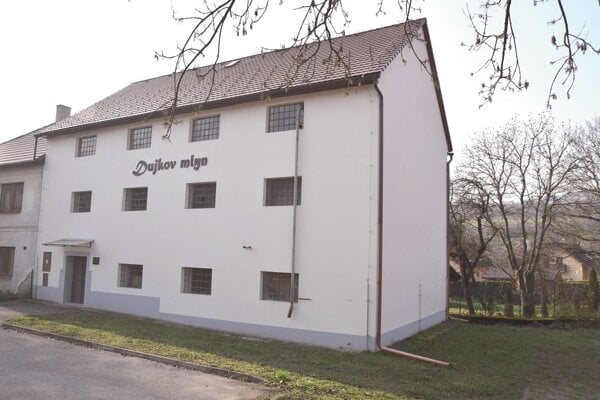 The historical technical monument was reconstructed in 2010, since then it has been fully operational.
Font size:A-|A+

In addition to the reconstructed mill, the inhabitants are proud of the commemorative room of the village, the vista from Tlstá mountain and the Three Crags educational trail.

The Emil Dujka Mill has been in Dohňany since 1936. At that time it was a technically quite modern electric-powered device. Electricity, which powered the entire mill equipment, was generated with Francisci water turbines.

“After 1948, it was taken over by the owners Ján and Anne Dujkovec and operated within the state enterprise Mills - Bakeries, with Mr. Dujka remaining there. Of course, after further changes in 1989, this property was returned to the Dujkov family, ”says the mayor of the village, Milan Panáček.

At that time, the unique mill became one of the many monuments in Slovakia that had begun to deteriorate and therefore it held very little attraction for tourists.

“That was the reason why in 2010 we prepared a project called The Reconstruction of historic mills in the border villages of Dohňany and Mikulůvka. It was a project from European funds, namely from the Operational Program of Cross-border Cooperation, Slovak Republic - Czech Republic 2007 - 2013, where the total costs reached almost 300 thousand euros, "the Mayor reveals.

Visitors can see the typical ways of milling

The project included the reconstruction of the mill in Dohňany and also in the Moravian village of Mikulůvka, where a water mill was reconstructed. From the year of implementation (2010), the technical monument has been in operation. Visitors can observe the old, classic ways of grinding grain or producing flour. There are also historical documents and photos that are closely linked to this building, illustrating and bringing closer its history and the life of the Dujkov family.

“The project was focused on the surroundings, access roads to the mill, roof repair, and facades. But also the machinery as such has been overhauled. The mill is almost exclusively a wooden device, the milling machines are of Austrian and German production, and with these we did not interfere. Rather, our focus was on the overall appearance of the building so that this historic site could be reopened to visitors and show how flour was once produced, ”continues Milan Panáček.

Following restoration, the mill has proved to be of great interest. The Dujkov family, with whom the municipality still cooperates, very much appreciate this project.

Most visitors come from a nearby educational faculty, but also from the nearby spa in Nimnica. Often there are visitors from the wider, surrounding area. Since reconstruction, thousands of people have seen this pride of Dohniany.