Pellegrini met with Medvedev in Moscow. What did they talk about? 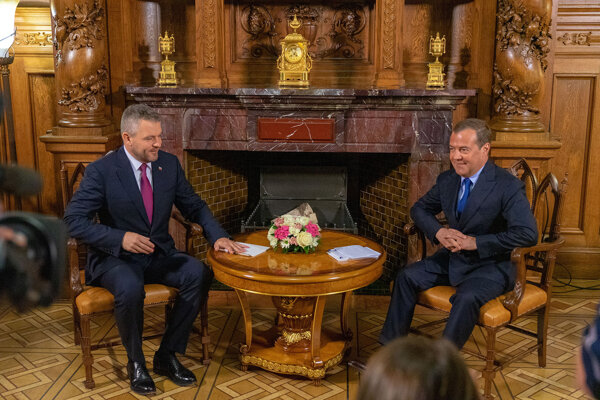 Surrounded by a group of journalists onboard the government plane, Slovakia's Prime Minister Peter Pellegrini (Smer) explained why the official June 4 trip to was important.

“We must do all we can to guarantee the energy security of our country, which is closely linked to the Russian Federation,” said Pellegrini, as quoted by the TASR newswire. 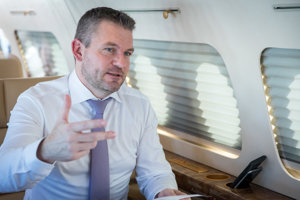 Gas, oil and nuclear fuel for Slovak nuclear plants, which Slovakia imports from Russia, are the main reasons why Pellegrini considers the visit strategic. In the same way, Slovak officials want to assess how good bilateral relations between Russia and Slovakia are.

“We say very clearly that Slovak diplomacy wants to have balanced relations at all cardinal points,” Pellegrini added, as quoted by TASR.

Russia is a serious player in the east off Slovakia's border. Both countries should thus respect each other, the Slovak PM went on to say.

On his trip to Russia, Pellegrini will speak at the economic forum in Saint Petersburg on June 7. Before then, he will meet with Russian President Vladimir Putin on June 6.

Pellegrini started off the talks in Russia with his counterpart Dmitry Medvedev on June 5, who reassured that Slovakia can count on Russia as a reliable energy supplier.

“Slovakia's energy security is not threatened in any way, and it should not be, which is good news,” Pellegrini said, as quoted by TASR.

Both leaders discussed not only the energy sector but also industrial cooperation and transport, primarily the project of a broad-gauge railway from Košice to Vienna.

In fact, a cooperation agreement was signed between the Slovenské Elektrárne energy generator and Russia's TVEL state company. TVEL will thus continue supplying nuclear fuel for nuclear plants in Slovakia for the next five years.

At the same time, Slovakia's Economy Ministry signed a memorandum with another state corporation, Rosat, in the area of nuclear energy, which should be used for peaceful purposes.

Nord Stream 2 on the table too

On the other hand, Slovakia is worried that the Nord Stream 2 gas pipeline, which is to transit gas from Russia to Europe and avoid Slovakia, will have a huge economic impact on the country once it is built.

“At the same time, Slovakia is seeking possibilities for how our transit infrastructure could be included in gas supplies, which will be delivered to our territory via the Turkish Stream in the future,” said Pellegrini, as quoted by TASR.

Medvedev understands that Slovakia could lose its income from transition fees, TASR wrote. 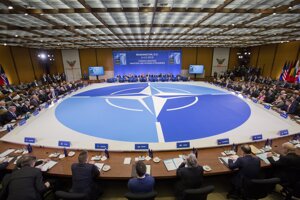 Read also:Slovaks consider the US a bigger threat than Russia Read more

“We have discussed several times that we must mutually find convenient points when it comes to the inclusion of Slovakia in the Nord Stream 2 and the Turkish Stream,” Medvedev said, as quoted by TASR.

Today, the transit of gas to Europe passes through Ukraine, Belarus, Poland and Slovakia.

Russia has also pledged gas supplies so that Slovakia will not be in danger after January 1, 2020, when the contract between Russia and Ukraine expires.

Moreover, the railway transport of goods between the EU and the eastern part of the world has significantly increased, Russian officials claimed on June 5. Therefore, the broad-gauge railway project should stretch further into the EU.

“Slovakia cannot miss the chance of having a third strategic transport corridor within our country,” Pellegrini said, as quoted by TASR.

The construction of the railway from Košice to Vienna should start after 2020 and is expected to boost GDP, economic growth and employment in Slovakia, the Slovak PM added. 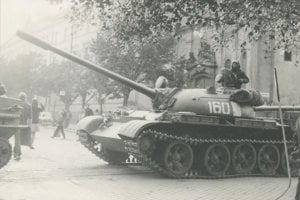 Read also:Some Russian politicians are trying to justify the 1968 invasion. What is Slovakia's response? Read more

The country must make huge efforts and work hard on the preparations so as not to lose the chance of the railway passing through Slovakia. If the country fails, the broad-gauge railway could thus run through Hungary and Poland, TASR wrote.

Members of the delegation to Russia are include Economy Minister Peter Žiga (Smer) and Foreign Affairs Minister Miroslav Lajčák (Smer nominee). The latter compared Pellegrini's visit to Russia to his meeting with US President Donald Trump.

“Russia is a key economic partner outside the EU and practically, it is an exclusive exporter of gas and oil,” said Lajčák, as quoted by TASR.

At the same time, the USA is Slovakia's ally in NATO and the values of both countries are the same, Lajčák added. Yet, Russia is also a global player, which cannot be ignored.

“There is a whole list of problems, which cannot be resolved without the active involvement of Russia,” he went on to say, as quoted by TASR.

Lajčák, as an active chair over the Organisation for Security and Cooperation in Europe (OSCE) at the moment, has used the visit to learn Russia's positions on the new situation in Ukraine.