The prices are the highest in the V4 region. 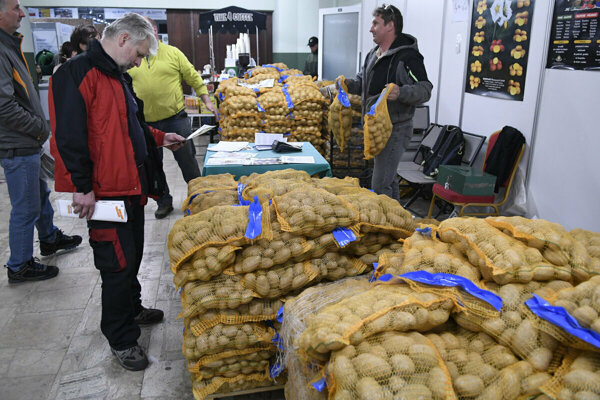 The prices of potatoes, which are a staple in Slovak households, hit record high levels. One kilogram is currently sold for €0.95 on average, which is the highest it's been in nearly 20 years.

Compared to April 2018, when one kilogram of potatoes cost €0.60, the price rose by 58.3 percent, according to an analysis of the Slovak Farming Cooperative (SFD) organisation.

During the past 10 years, the average price of potatoes stood at €0.57 per kilogram, the SITA newswire reported.

Slovakia is not the only country that struggles with the increased price of potatoes. This trend is reported by other countries of the Visegrad Group (V4) region as well.

“Hungary reported an annual increase of 75.8 percent for potato prices in April 2019, according to the Eurostat data, while in Poland it was a 75.7-percent increase and in the Czech Republic a 61-percent increase,” said Eva Sadovská, an analyst for SFD, as quoted by SITA.

In the whole EU, the prices of potatoes were 28.2 percent higher than last year, while in the eurozone they rose by €21.6 percent, she added.

The most expensive potatoes

Potatoes were sold for an average of €0.55 per kilogram in Poland, while in Hungary it was €0.88 per kilogram and in the Czech Republic €0.92 per kilogram.

“This means that the prices of potatoes are the highest in Slovakia, but this is also the case for other food prices in the long term,” Sadovská said, as quoted by SITA.

Droughts and insufficient storing capacities have contributed to the growing prices.

“However, experts also say that it is necessary to grow the type of potatoes Slovak consumers are interested in,” Sadovská explained.

The recommended annual amount per person is 80.6 kilograms.