Textile and clothing industry in the red for a long time 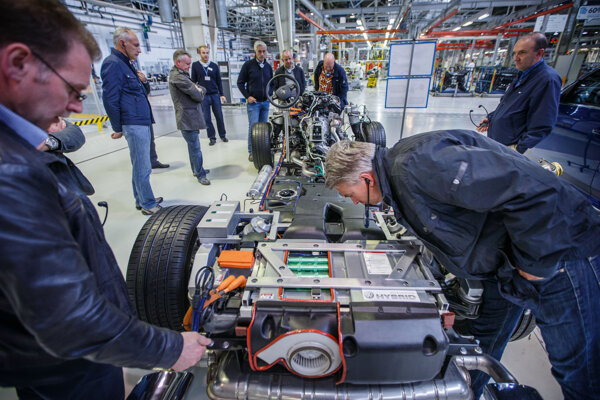 The overall picture of the Slovak industry remains unchanged, the analyst suggested.

“Almost half of the y-o-y industrial growth can be ascribed to the automotive industry, which is benefiting from new production capacities (the fourth carmaker) and in recent months, it has stabilised on two-digit dynamics of y-o-y growth,” he said, as quoted by the TASR newswire. In April, this represented 12.2 percent.

The fourth carmaker might be the only strong source of the growth, he added. The data suggest that the condition of automotive companies established in the field is not necessarily ideal. The dropping demand for cars in Europe and the life cycle of the produced models are among the causes behind the decrease or stagnation in production.

Textile industry in the red

Some other fields of the industry reached a two-digit increase in production in April as well, including food producers (18.7 percent) and the furniture industry (18.9 percent).

On the other hand, textile and clothing industry has been in the red for a long time, with a y-o-y decrease at 14.7 percent. The industry is probably struggling with the loss of international competitiveness, due to higher labour costs.

Despite the surprisingly strong numbers in some significant Slovak export fields at the beginning of the year, the outlook of the Slovak industry in the coming months is not positive, Koršňák opined.

The lower external demand could weaken the production of the Slovak industry in the upcoming months.

Read more articles by the topic
This article is also related to other trending topics: Automotive, Economics