Timothy Garton Ash: Brexit could be the beginning of the end for EU 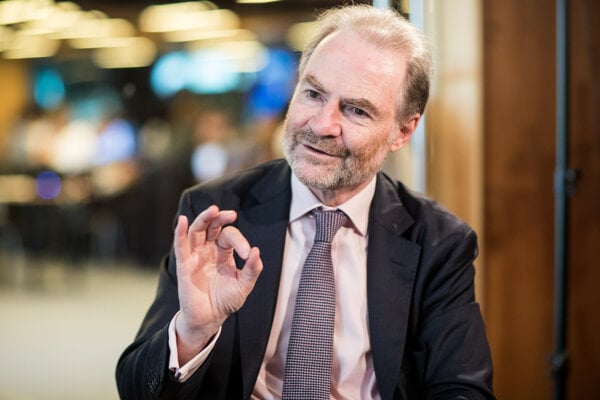 You said at the GLOBSEC 2019 conference that Russia is trying to disintegrate the EU. But aren’t we already doing it ourselves?

Timothy Garton Ash (TGA): We most certainly are. Even without any help from outside there have been clear tendencies of disintegration in the EU. One of the largest member states is on the verge of leaving, the eurozone crisis has opened up deep tension between the north and the south, which [Matteo] Salvini used in the EP elections to become stronger. You also have the tension between the west and the east in Europe, Hungary and Poland in particular. You have nationalist and populist parties getting 20-30 percent of the vote.

There are enough disintegrative tendencies. On the other hand, there is also mobilisation, higher turnout, big votes for the Liberals and Greens. The struggle continues.

How will Brexit impact the future of the whole continent?

TGA: First of all, I think the chances are going up that we’ll have a second referendum and that we won’t leave. That’s an important message. Secondly, our continental partners are underestimating the negative impact of Brexit in the long term.

Britain is a major force economically, diplomatically, and militarily, as well as in terms of intelligence, education and culture. It has many dimensions of power. The Europe we need for the next 10-20 years is the one which acts as the strong external actor. Climate change, China, Russia, migration, digital revolution – you need the weight and skill of Britain for all these issues.

If you lose it, the post-Brexit relationship will be bad-tempered because the false promises of Brexiters will not be realised. We’ll get a bad trade deal, people will be very angry and they’ll blame it on the Europeans. Let’s stop kidding ourselves that in that situation we’ll have a wonderfully close uniform policy and security cooperation.

Should the EU have done more during negotiations?

Read more articles by the topic
This article is also related to other trending topics: Bratislava, Brexit