Čaputová in Brussels: Europe needs to speed up

After Prague, Slovak President Zuzana Čaputová decided to travel to Brussels as her second official visit. 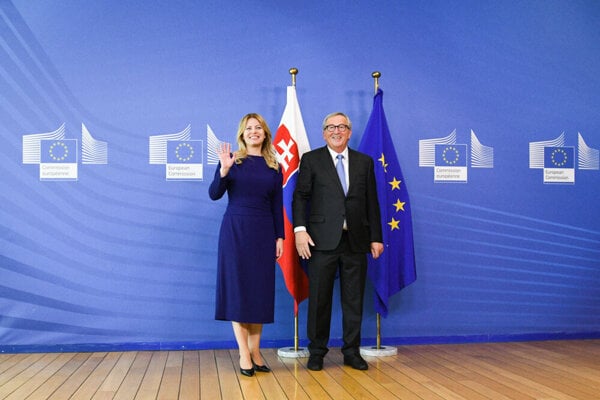 It was a busy day for Slovak President Zuzana Čaputová, who chose Brussels as the destination of her second official visit after being appointed to the post. She met with Belgium's King Philippe I, NATO Secretary General Jens Stoltenberg and European Commission President Jean-Claude Juncker on June 25.

She reassured her partners that Slovakia acknowledges and follows the values of European cooperation. The Slovak president also said that NATO is the main pillar of Slovakia's security.

“Policies, which we co-create, are not foreign,” Čaputová wrote on Facebook after her meeting with Juncker. “They are our common policies.” 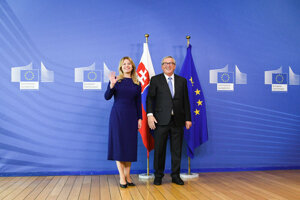 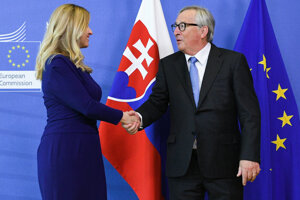 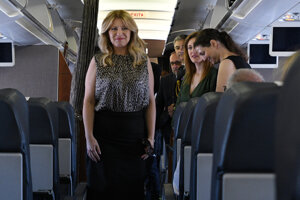 NATO Secretary General Stoltenberg understands Čaputová's decision to travel to Brussels only a few days after being sworn into office as a “strong sign of commitment” to the Alliance.

“In NATO, Slovakia will never stand alone,” he tweeted.

Stoltenberg did not confirm whether Slovak Foreign Affairs Minister Miroslav Lajčák is a candidate for the NATO deputy secretary general post, as suggested by some media reports.

No Alliance, no development

Čaputová agreed with Stoltenberg that NATO's collective defence and security policies have been the best guarantee for Slovakia's development for the last 15 years.

“I am proud that Slovakia is a reliable partner and that our commitment to increase contributions to defence will be met earlier than initially planned,” she wrote on Facebook. Slovakia should spend 2 percent of GDP on security by 2022.

She also informed Stoltenberg about her deep interest in Europe to be perceived as a relevant player within NATO.

“I am aware of the fact that Europe needs to speed up,” Čaputová said. Europe can be stronger only if the European part of NATO gets stronger, she added.

Stoltenberg went on to praise Slovakia's active involvement in NATO, underlining that the country makes many contributions.

One of the topics Stoltenberg and Čaputová discussed was the relations with Russia and the situation in Ukraine.

“I support the dialogue with Russia, as well as the cooperation development,” she said. Security, European values, and international law must be followed, however, she said.

Stoltenberg reassured the Slovak president that NATO is making an effort to better its relationship with Russia, but there is no real interest on Russia's side. They will meet again in London this December.

“I will continue supporting Ukraine,” she said. “Each country has the right to decide independently to where it wants to belong.”

Slovakia belongs to the EU

During her meeting with Juncker, Čaputová stressed that European politics is also her country's politics.

“Slovakia must be a confident and reliable partner when it comes to European politics,” she wrote on Facebook after the meeting.

Juncker also spoke with Čaputová about the situation in Visegrad Group (V4) countries (Slovakia, Poland, Hungary and the Czech Republic). He also praised Slovakia's progress as a EU country in the last 15 years.

“I am convinced that its initial mission to contribute to the unification of Europe is as up-to-date as it was when the V4 was set up,” Čaputová said.

She admitted, however, that all four countries must work harder to dismiss all doubts regarding its path, which seems to be diverging from the EU's in some countries. 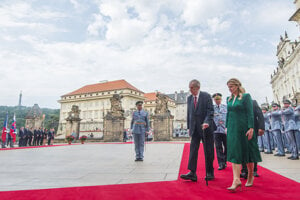