“Dam against extremism” is not working

What is the coalition situation before the parliamentary election? 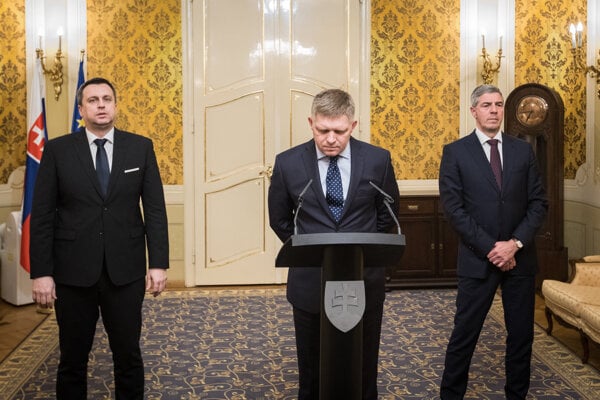 With the parliament electing only one candidate for the Constitutional Court on June 20 instead of six, Parliament's Speaker Andrej Danko suggested early elections might take place in October. He cited the differing opinions of two of Smer's top politicians, PM Peter Pellegrini and party chairman Robert Fico, as one reason.

It was not the first time Danko, the chair of the Slovak National Party (SNS), brought up early elections in the last three years his party has been ruling the country with Smer and Most-Híd. Experts, however, agree that the coalition is more likely to successfully finish its term in office and the parliamentary elections taking place in early spring 2020 as scheduled. The results of the recent European Parliament election and opinion polls suggest that the coalition parties would not gain enough votes to put together the government after the next election. 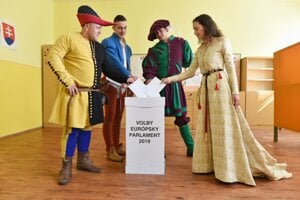 When the parties of the current ruling coalition teamed up after the 2016 parliamentary election, which saw the far right People's Party - Our Slovakia (ĽSNS) enter the parliament for the first time, they said that they would act as “a dam against extremism”. Nine months before the elections, the support of coalition parties is dropping while support for ĽSNS continues to rise.

“They failed in this task,” political analyst of Comenius University, Pavol Baboš, told The Slovak Spectator.

He explained that there are frequent crises in the coalition, and it is grist for ĽSNS’s mill as they benefit from pointing to the coalition and say: they do nothing but argue.

Another failure that Baboš sees is that it is not possible to observe any progress in the most problematic fields: the fight against corruption, the quality of health care and education, the integration of the Roma minority.

“Quite the opposite, the perception of problems in these fields is way worse in comparison with 2015,” he said.

Read more articles by the topic
This article is also related to other trending topics: Strana MOST – HÍD, Strana Kotleba - ĽSNS