Banská Bystrica kicked off this year’s Pride parades in Slovakia

About 100 people participated in the event. 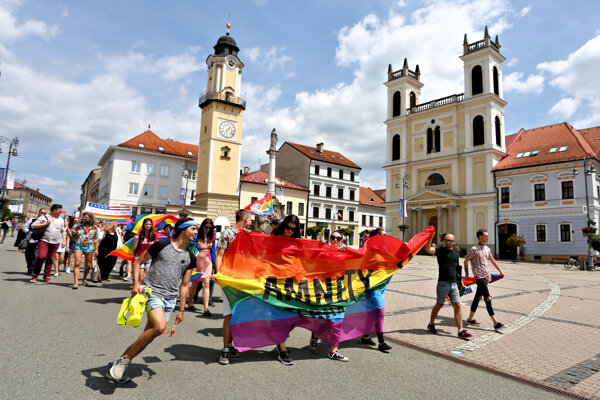 Our planet is endangered by real problems and not LGBTI people – We forgive you. This was the main message of the Pride parade held in Banská Bystrica on June 29.

After Bratislava and Košice, it was the third city to host the event titled A transition for Equality. About 100 people came to the streets to show that LGBTI communities also live in smaller towns and cities, the public-service broadcaster RTVS reported.

“We hear about LGBTI people being a danger to society, the traditional family and even our statehood,” Milan Zvada, organiser of the Pride parade in Banská Bystrica, told RTVS. “However, we’re convinced that it’s not true and that we should start dealing with real problems, not fictive ones.”