Blog: From farm to fork: Future outlook for the EU agri-food sector 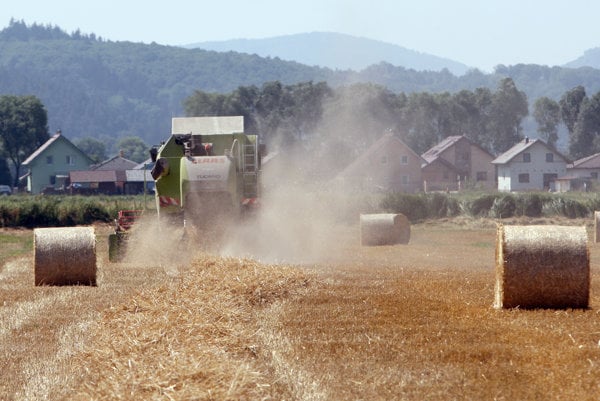 The agri-food environment has been a vital pillar of the EU economic and social development. A changing world impacts global food systems through major trends such as population growth, well-being or environment sustainability. Brussels is naturally not immune to these challenges, so what kind of response may we expect from the EU?

The EU has been an evolving project since its inception. Along the way significant progress has been made in developing legal frameworks and common policies addressing a wide range of policy areas. The historical contribution of the agri-food sector in designing a common policy cannot be overlooked. In this regard, the longest-serving EU policy – Common Agricultural Policy (CAP), reflects the principles of unity the EU has been standing on ever since. With an initial aim to ensure fair living standards for the agricultural community, it has been a success story of cooperation within the bloc. However, considering socio-structural changes, the framework has undergone various simplification attempts that are continuing.

To respond to all circumstances impacting the policy, another simplification has been initiated. Post-2020 CAP is to be shaped as a coherent framework in synergy with other policies. It will attempt to introduce better balance in the agri-food supply chain by supporting small or medium-sized family farms (an issue of capping payments has taken center stage in the talks on the CAP future). Besides, significant meaning is given to measures tackling climate change by managing landscape and biodiversity sustainability. Similarly, well-being and public health as major drivers of societal change in the EU play an important role in the simplified CAP. Accordingly, the intention is to boost the production of nutritious foodstuffs through new technologies or approaches targeting reduced use of pesticides or antibiotics (which would also improve animal welfare). All things considered, a heated discussion on the food and farming’s (near) future will be ongoing.

The policy debate about the sector’s priorities includes a several interlinked issues. Therefore, besides agriculture and food production it also focuses on consumer satisfaction. Having an essential role, food feeds populations and contributes to growth and jobs. But only a healthy population may drive the social and economic progress. This rationale underlines a basis towards common policies governing the sector from the health perspective since the EU has been witnessing a rising trend of obesity and diet-related diseases. The situation in question puts at risk the quality of life within the bloc and endangers healthcare systems’ sustainability.

In this respect, the EU has commissioned several frameworks addressing the intake of selected nutrients. The respective initiatives aim to reduce levels of risk nutrients such as salt, saturated fats, trans-fatty acids, or added sugar. The impact of food reformulation policies is expected to increase as the political commitment behind has been visible and is likely to intensify with the preparations for the next EU Action Plan for Childhood Obesity (its current version is due to expire in 2020, mid-term evaluation has already been carried out).

In promoting healthy diets, consumers’ awareness is extremely important. It goes hand in hand with information provided to consumers. Nutritional composition labeling has been a topical issue at the EU level. The matter catches the attention particularly due to two aspects – internal market functioning and public health protection. However, as the policy experience shows, the EU has green-lighted nutritional labels introduced by several Member States which may be regarded as a quite surprising move in comparison to the past. Besides, a similar situation occurs in case of country-of-origin-labeling that is politically connected to the growing trend of food-populism across the bloc. From the regulatory point of view, nationally driven actions often evoke a pressure to harmonize (to protect the internal market, as country-specific labeling legislation creates an extra compliance burden for food operators and undermines the internal market).

Labeling discussions, nonetheless, go beyond foodstuffs. The EU has been seeking options to address nutritional labeling of alcoholic beverages too. Last year the industry has been called on to come up with a self-regulatory mechanism on alcohol nutritional labeling. The revised proposal is expected to be presented in due course. In this respect, sectoral diversity comes in place – consumption patterns differ based on the type of alcohol consumed so finding a common solution on how to display nutritional information may be tricky. If the discussion between the industry and the regulator fails, specific EU legislation on calorie information may be put forward. Furthermore, in its recent action, the European Parliament called for wine calories on bottles to be included into the CAP revision.

All in all, the agri-food sector can be characterized by its complexity. It is determined by a number of overarching factors that evolve in time and are thus not exclusively framed. As proven by time, the sector has always been the beating heart of the EU and its significance is only to grow with arising challenges of the agri-food supply chain, consumer health as well as the environment. Coupled with political issues that are always entering the policy-process, the new EU administration will be facing a crucial task to ensure the sector remains dynamic and competitive while responding to needs of a better quality of life for the people living in the EU. It is therefore vital to keep an eye on the periods ahead to be ready for potential regulatory interventions that may re-define the sector and to use the readiness for the benefit of both business and society.