15 things to keep in mind before going on holiday abroad

Passports are important but so is listening to announcements at the airport. 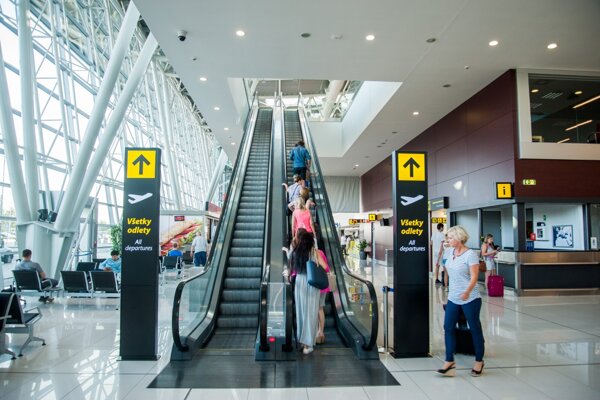 The most important thing a traveller must do is check their passport validity. (Source: BTS)
Font size:A-|A+5

Now that summer has begun, Bratislava airport is packed with holidaymakers.

Often as excited as little children before travelling, holidaymakers tend to forget about the simplest yet most important things before their plane takes off. Instead of travelling abroad, they may be standing by the gate, banned from entry.

Read also:Where to fly from Bratislava in summer 2019 Read more

To avoid any troubles, each passenger should carefully check the list below, compiled by the Bratislava airport.

If a passenger finds that out that their passport has expired at the check-in counter, they cannot travel by plane abroad. The summer holiday is over, and they will not get a refund.

On top of requiring valid passports, some countries require that passports are valid for a few months after landing in a given destination. If the validity is not sufficient, the passenger is not allowed to board a plane.

Here are the requirements for some destinations concerning passport validity:

While adult passengers can travel within the EU on their ID only, each child must have a passport. Children under six can obtain a passport valid for up to two years. It is important to have a child's passport valid for at least 6 months after arrival to a destination!

Once a passenger reports their lost passport to the police and gets a new one, they will not be allowed to use the original passport should they find it after the renewal process. Such a passport is considered invalid. A new passport must be presented to the airport crew.

It is always good to make a copy of the passport, but the copy itself will not help any passenger get aboard. The actual passport is always required!

Everyone should have their own suitcase. Smartwings, for instance, allowed the sharing of luggage allowance within the same booking, but the rules have changed in 2019. Luggage pooling is not allowed. Hence, if a family pack into one suitcase the weight equivalent of two smaller suitcases, an airliner will charge the family an additional fee.

7. Different surname before and after the wedding

If a surname on a flight ticket and passport differs, which mostly happens after marriage, women are not allowed to travel abroad. Wedded or not, each woman who gets married and leaves for her honeymoon soon after should keep in mind her surname on her passport must be identical to the one on the flight ticket.

In the case of pregnancy and health problems, airliners require a passenger to have a special form (Travel Clearance Form, Fit to fly, Medical Information Form) that confirms their health condition. This must be confirmed by a doctor no later than 6, 7, 10 or 14 days before departure. They can be found on airliners' websites, usually in the Rules and Forms section. There, passengers can also find detailed information on which health conditions require such a form.

At the Bratislava airport, there are several flights to Hurghada, Egypt, Burgas, Bulgaria and Antalya, Turkey everyday. Passengers should thus follow the board displaying a flight number, gate and departure time to avoid missing their flight.

Nobody is going to wait for a passenger who is not at the gate while everyone else is boarding. Passengers should follow information boards and listen to announcements at the airport to avoid missing their flights.

Boarding starts about 45 to 50 minutes before departure. Once it begins, it is announced by the airport crew. The gate closes 20 or 30 minutes before a plane takes off. Once the passenger is late, they can be denied boarding and may not receive a refund.

12. Late arrival to the airport

Passengers are recommended to get to the airport two hours before take-off. There are a few procedures before a passenger gets on the plane that require some time.

If airport staff notices that holidaymakers are under the influence of alcohol or other addictive substances, they may prevent them from flying. Passengers cannot claim a substitute flight or plane ticket refund.

There are items that passengers cannot have in their hand luggage, including guns and their replicas, grenades, bullets and tennis rackets. There are also limits on liquids and food in carry-on bags. Liquids (water, aerosols and gels) must be packed in a transparent and re-sealable plastic bag, not exceeding 1 litre in volume. In addition, each container must contain no more than 100 ml of a given liquid. Alcohol is not allowed!

15. Impatience while waiting at the airport

Whether a passenger waits for a long time at the check-in counter or their flight is delayed, there is no need to get mad. In some cases, they can even claim financial compensation.