To be part of the new main bus station in Bratislava. 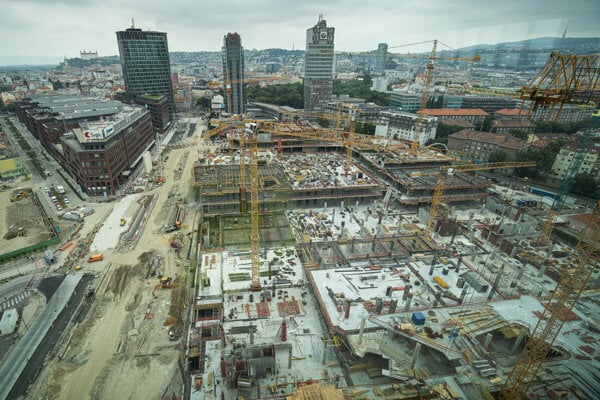 The new bus station in Bratislava is expected to be completed in 2020. (Source: SME)
Font size:A-|A+

While passengers were patiently waiting for their buses at Bratislava’s temporary station few weeks ago, there was a lively bustle beneath their feet.

The workmen were digging a canalisation collector and, a few metres away, the first part of the underground roundabout – the very first of its kind in Slovakia.

The underground roundabout will not be used for buses, though. It is designed for the cars that will enter the bus station to park in the underground garages. The buses will use separate entrances and exits.

A car will be able to turn in the underground and then exit the place. Mlynské Nivy Street will have six lanes, as the visualisations suggest. Two on each side will be used for ordinary traffic and one for public transport.

Passers-by are not likely to notice the construction of the underground roundabout, although the first two parts have already been finished. 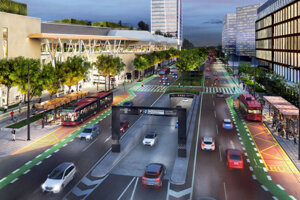 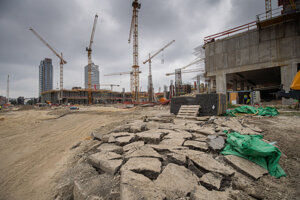 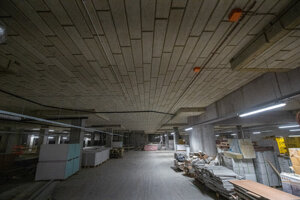 HB Reavis, a developer responsible for building the new bus station, took the Sme daily reporters around the construction site and, for the first time, showed the place where the roundabout situated 12 metres below the ground will be located.

Walls to be removed