Get to know Slovakia’s UNESCO sites from a different angle

Experience places you will never forget. 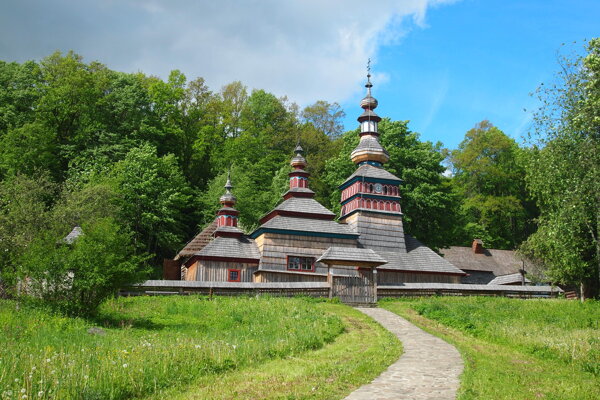 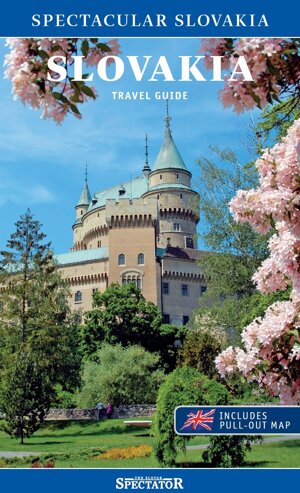 Visiting Slovakia’s UNESCO sites can offer a manifold experience to those who know where to look. In Banská Štiavnica, a jewel among Slovak towns, you can mine for your own treasure; in Slovenský Kras you will descend to the underworld like a real speleologist and in Poloniny, you will find the darkest place in Slovakia.

The Spectacular Slovakia travel guide team has found out more about the lesser known attractions for those who are not afraid of the dark, or of stepping into the unknown.

Banská Štiavnica: Find your own treasure

The mining town of Banská Štiavnica and its surroundings have been a UNESCO site since 1993. There is much to see and admire in the town, but those looking for unforgettable experiences are well advised to go deeper underground.

One of the three mines accessible to the public, Glanzenberg, winds directly underneath the main road in the centre of the town. It is not as well known as the other two mines, because it was only open to the public in 2003 and it offers a little official entry a week.

Before the tour, the guide, very often a retired miner, explains about the mining trade and the rich history of mining in the region. You will soon realise you are standing inside an ancient volcano. Before you are allowed into the narrow mine, you will receive a protective coat, a helmet and a torch.

After visiting the cave, the American Dave Rubin said he was happy he did not need to make his living as a miner.

“Down in the mine, you really feel the weight of the whole world on your shoulders,” Rubin said.

Glanzenberg is unique with stairs you wouldn't probably expect in a mine. It was built in 1751, when Francis Stephen Lorraine, the husband of Maria Theresa, visited. Since then, the mine has welcomed several Slovak and globally known statespeople, each of them remembered with commemorative plaques on the wall of the “royal path”. 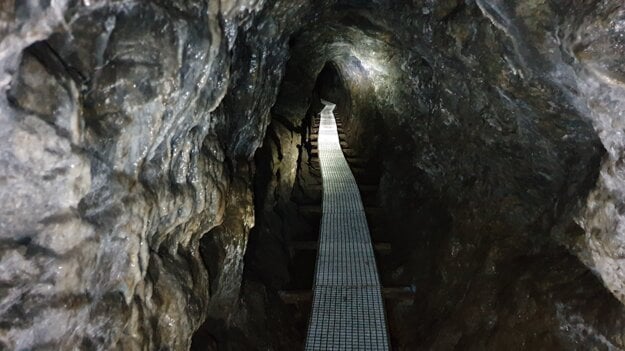 The real mining experience accompanies the crystal mine, where you can find your own treasure. You will be driven into the depths of the stone quarry, given a little spade and left to your own devices to look for some shiny crystals.