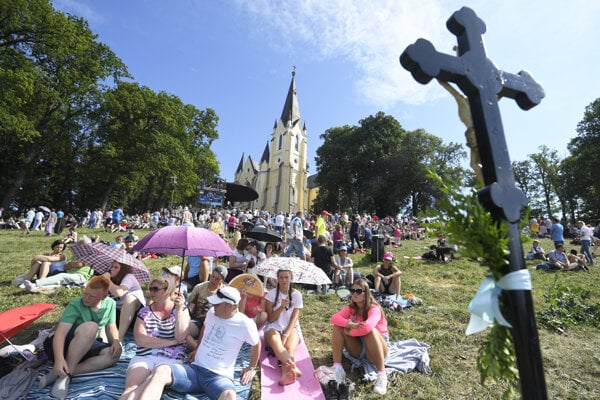 Thousands of believers came to Marian Hill near Levoča (Prešov Region), where one the biggest and oldest pilgrimages in Slovakia culminated on July 6 and 7. The organisers estimate that as many as 400,000 people came over the weekend.

“This place is so close to not only you, pilgrims from all over Slovakia, but also those coming from neighbouring countries, like Hungary and Poland,” said Polish Cardinal Stanislaw Rylko, who officiated the Holy Mass on July 7, as quoted by the TASR newswire.

This place has been writing the history of the salvation of God’s people in this country for centuries, he added, reminding of several important milestones in its history and the fact that the pilgrimages also took place during the totalitarian regimes.

Rylko said that the legacy of the Levoča pilgrimage is still alive today.

“Times have changed, some anti-religious ideologies have disappeared, but the new ones, which may be even more dangerous, have appeared,” Rylko said, as quoted by TASR. “However, Marian Hill remains a strong place of Evangelisation where the Virgin Mary plays a crucial role. She opens her heart to all those who suffer, who lost their aim in life. The Madonna from Levoča lures many souls and you, dear pilgrims, are a real proof of that particularly today, in times of the secularisation of our European continent.” 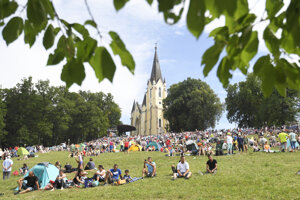 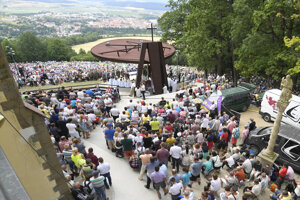 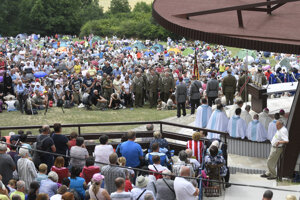 Traditional pilgrimage on the Marian Hill near Levoča (9 photos)

The pilgrimage was not without its problems, though. The organisers did not expect so many people to attend the opening Holy Mass on July 6, the pilgrimage’s spokesperson Jozef Lapšanský admitted.

“We were positively surprised, because the number of believers was slightly higher than on Sunday,” Lapšanský said, as quoted by TASR, adding there were many young people and families with children. There were also more pilgrims who came on foot from various parts of Slovakia.

The situation was complicated by the cuts to water deliveries shortly before midnight on July 6, but the problem was soon resolved.

Moreover, rescuers helped nearly 90 people over the weekend, mostly those who collapsed from the heat or were dehydrated, TASR reported.

Thank you for singing up. Shortly an email will be sent to the address you provided to verify your e-mail.
Error! Please try to register again later, your e-mail was not registered.
Your email is not in a correct format.
Please confirm you are not a robot.
Share on Facebook (114)Comments disabled