Škop's award-winning film criticises the Church. Will it hit back?

The Slovak drama 'Let There Be Light' won the Ecumenical Jury prize at this year's Karlovy Vary International Film Festival in the Czech Republic. 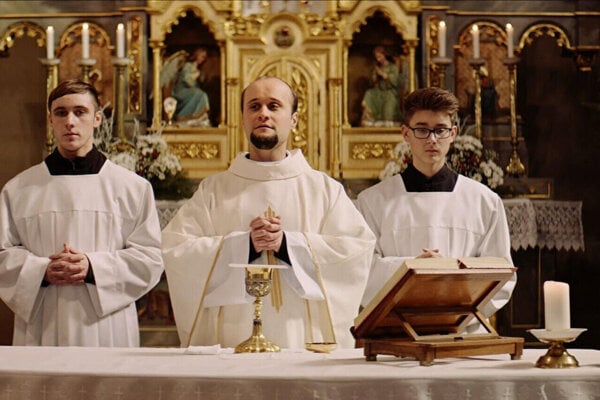 A father is failing to raise his son properly and he is losing control of everything. While working in Germany, his son is joining the Slovak Levies paramilitary organization.

The drama, Nech jesvetlo (Let There Be Light), which the Slovak director MARKO ŠKOP brought to the international film festival in Karlovy Vary, the Czech Republic, touched the audience so much they gave him a standing ovation.

In addition, Slovak actor Milan Ondrík won an award for best actor for his role in this film.

“I really want to know what the Church's reaction will be,” Škop said.

Though it is the lack of love from the father's side that makes his son take the wrong path, Škop is convinced the Church and the police also bear guilt in this story.

The topic of the Slovak Levies has been resonating in society for some time now, but the work on your film must have started long before. What made you pay attention to this paramilitary group back then?