Castle tower will be accessible as a lookout for tourists. 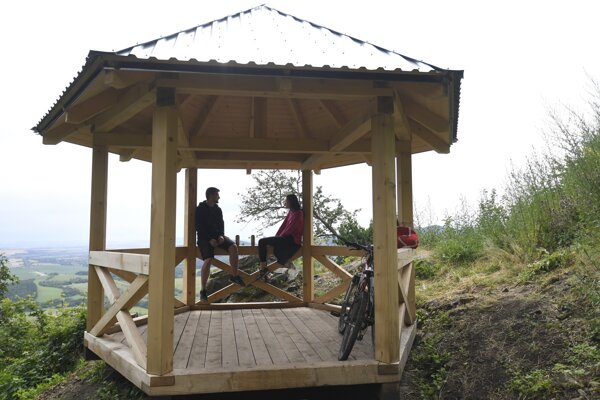 Two wooden gazebos at the tourist routes leading from Slanec village to the castle are the latest features for visitors. (Source: TASR/František Iván)
Font size:A-|A+23

The work to renew Slanec Castle in eastern Slovakia near Košice continues with another bricklaying season, the TASR newswire reported.

“This year we are continuing in the interior of Nebojsa Tower. We started with the renovation of the third floor where the stairs will be installed to connect all floors,” said Jozef Bela, mayor of Slanec village, as quoted by TASR.

The entrance staircase will also be renovated, and the castle wall with the most significant feature – a Gothic window – will be stabilised. This year’s work includes the creation and setting of the window portals.

After the work is completed the tower will serve as a lookout tower for tourists. 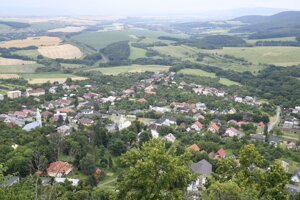 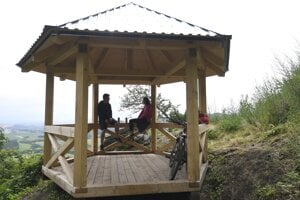 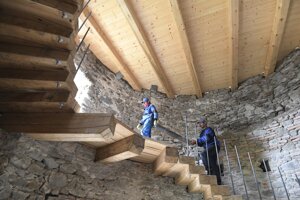 A new feature for tourists is the two wooden gazebos at the tourist routes, leading from the village to the castle. These serve as a relaxing place for tourists.

The reconstruction of the castle started in 2012. In the future, there should also be an exhibition in the tower for tourists.

The gothic castle was destroyed in 1679 during the uprising. Life returned here in the 19th century when the owner, Count Forgáč, reconstructed the tower and established a museum of his house. It existed until 1937, when the tower started to fall into disrepair and later burnt down.