Vinogradov: I used to deliver bribes to the head of police in Russia

The Russian entrepreneur will request asylum in Slovakia. 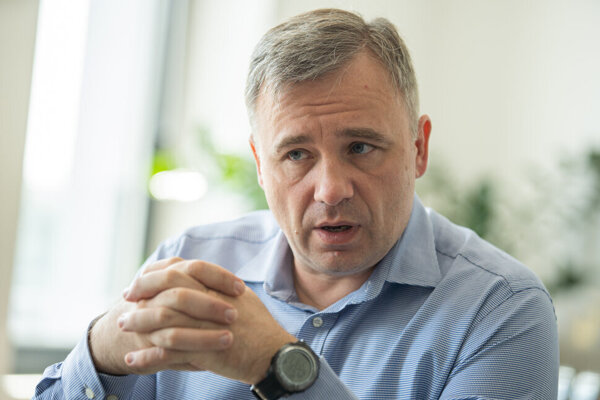 Valentin Vinogradov, a Russian businessman who was recently released from prison, confirmed in an interview with the Sme daily that he will request asylum in Slovakia. He is planning to stay until next year.

Last week, Justice Minister Gábor Gál decided not to extradite Vinogradov, citing concerns that the businessman, who was detained in Slovakia in the summer of 2018, might not get a fair trial back in Russia. 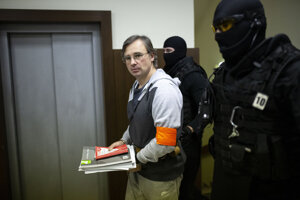 Vinogradov faces an international arrest warrant issued by Russia, in a real estate fraud case. He claims that the case has been fabricated, "but there is nothing I can do about that in Russia".

In the interview with Sme, Vinogradov describes his testimony to the International Arbitration Court in London. He says he personally delivered bribes on behalf of the Russian oligarch Eduard Shifrin to the general of the police corps, Sergei Derevyankov, a high-ranking official in Russia. Vinogradov claims Derevyankov received altogether 10 million US dollars in bribes.

"I personally handled the purchase of a house and two plots of land for Derevyanko, taking three million from Shifrin and 2.5 million from another bribe, provided to him by the Cotton company for dealing with a corporate conflict," Vinogradov told Sme and specified that this happened in 2007 and 2008.

Vinogradov says he decide to testify about this in 2018 because not reporting bribery is a crime in Russia, punishable by 15 years imprisonment. But the Russian investigators closed the case after he testified.

Vinogradov also alleges that it was very common for people to handle bribes on behalf of Shifrin, and he was not the only one.

"There were usually people in his company office who were responsible for cash, they prepared it and, upon instruction from Shifrin, gave it to the person whom he assigned to deliver it," Vinograd told Sme. "Illegal bribes were part of Russian business. Now bribery has changed into blackmail."

Vinogradov claims that Shifrin threatened him and his brother and alleges that the oligarch "probably hired people from the anti-terrorism units of the Russian intelligence service, FSB" who then intercepted his phone and followed his family.