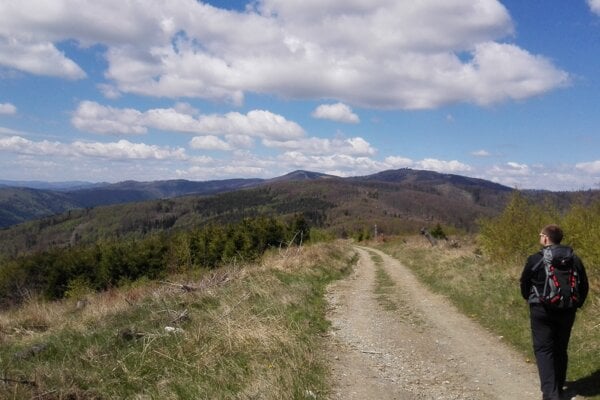 When Cástor Sánchez and his Slovak friends Tomáš and Dana first walked the Camino de Santiago pilgrimage route to Santiago de Compostela in 2006, they had planned it as a hiking trip.

Instead, it turned into something much more and inspired Sánchez, a Colombian now settled in Slovakia, to help people walk the famous pilgrimage route in Slovakia.

“We went there for a holiday,” Sánchez told The Slovak Spectator. “But although it wasn’t planned as a religious event for us, we were very surprised at how deep and personal the journey was.”

Over the course of a month he and his friends walked about 800 kilometres along the French route of the Camino de Santiago, also known as the Way of St James.

Sánchez returned home to Slovakia overwhelmed by a need to share his feelings and discoveries with others. Nevertheless, his plans to write a book or make a film about the route never came to anything.

Six years later, he was walking with a friend in Hainburg, a small Austrian town near the Slovak border, and he spotted small yellow arrows and scallop shells on signs – typical marks indicating the Way of St James.

The mediaeval town gate in Hainburg marks the start of The Way of St James in Austria.

“I realised that I was actually walking on the Camino and that it would be possible to set off for Santiago de Compostela from Bratislava,” said Sánchez. “My first thought was that the Way of St James should also be marked in Slovakia.”

The Way of St James in Slovakia

In 2013, together with other enthusiasts, he founded the civic association Friends of the Way of St James in Slovakia - Camino de Santiago (OZ Priatelia Svätojakubskej cesty na Slovensku – Camino de Santiago) with the aim of renewing and promoting the historical pilgrimage path in Slovakia for modern pilgrims to explore their own spirituality as well as experience Slovakia’s natural beauty.

The historical Way of St James

The Way of St James is one of several pilgrimage routes which spread across Europe over centuries as the cults of various saints developed.

The Spanish city of Santiago de Compostela has been an important religious site in Europe since the Middle Ages. The cathedral in the city is built over what is thought to be the tomb of St James who was buried there in the first century AD. The grave was abandoned centuries later before reputedly being rediscovered by a hermit in 814 AD. It is one of only two graves of an apostle in Europe, the other being that of St Peter in the Vatican.

It remains one of the most important and well-known pilgrimage sites in the world today.In 2018 the total number of pilgrims coming to the city was 327,342, an 8.7 percent rise on the previous year, according to official data. Of these, 1075 were Slovaks, up from about 825 in 2017.

The route existed for centuries in what is today Slovakia but largely fell out of use. 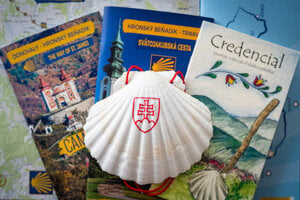 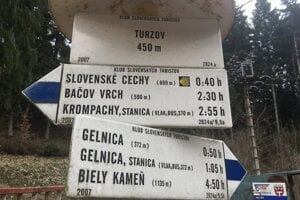 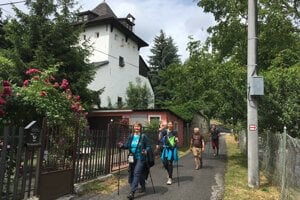 To renew the route in Slovakia, the Friends of the Way of St James went to young historian Martin Neumann.

Using a study on the cult of St James in what was then Hungary he reconstructed the historic route of the Way of St James in present-day Slovakia on the basis of the saints (patrons) to whom churches were consecrated.

Neumann studied past and present patronage of extant and non-extant churches, altars, statues, frescoes and town and village coats of arms.

Using this information, the civic association, in cooperation with the Conference of Bishops of Slovakia, the Club of Slovak Tourists, the Slovak Cyclo Club, and other organisations began to mark out the Way of St James in Slovakia.

The route, which was officially added to the European routes of the Way of St James in October 2017, runs from Košice via Levoča, Banská Štianvica, Hronský Beňadik, Trnava and Nitra to Bratislava, mainly following existing hiking and cycling trails to make it easier for people to travel.