Archaeologists found a fortification tower and wooden bottom of Trnávka

There were more findings than they expected. 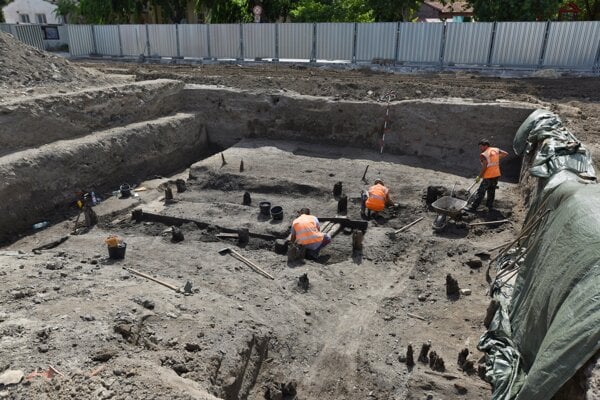 The construction of a multipurpose structure at the former car park between Anton Malatinský Stadium and a children's playground in Trnava is scheduled to start soon.

Before the construction itself, archaeologists took over the land. They wanted to find the remains of the wall and one of the towers of the Middle Age town’s fortification. They succeeded in finding both the tower and the wall and much more.

Looking for the remnants of Trnávka Stream

"As we assumed, we uncovered the base of the tower built in the 13th century,” said Róbert Ölvecky, the head of research from the Pamarch company, as quoted by the TASR newswire. “Its bases are created by so-called spiked work (Opus spicatum), very rare in case of Trnava.”