Boat to cruise Domaša after 26 years 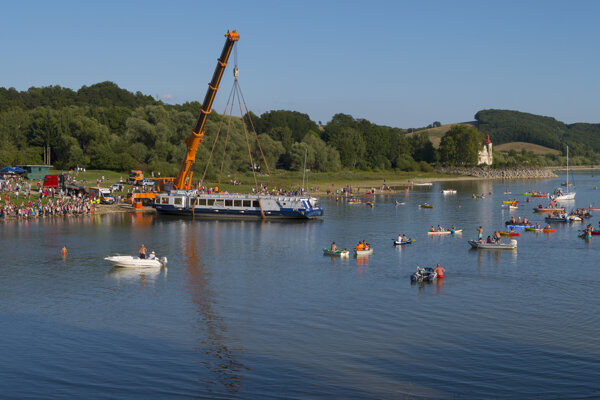 The Bohemia ship returned to Domaša after 26 years. The Bohemia left Prague on May 16 and after a trip of 2,800 kilometres crossing seven countries of Europe, hundreds of towns and villages, and over land in the last 90 kilometres, it finally arrived in Domaša, the TASR newswire reported.

Several thousands spectators welcomed the ship with applause. The ceremonial blessing of the ship is planned for August 11, to be will accompanied by concerts and fireworks.

The home port will be Dobrá. For now, there are circular tours of Domaša being planned. One tour should take around one hour and 15 minutes and there will be a programme on the ship, explaining the history of Domaša in the context of Czechoslovakia.