A new pedestrian bridge has been placed above Morava River

It will be open to the public soon. 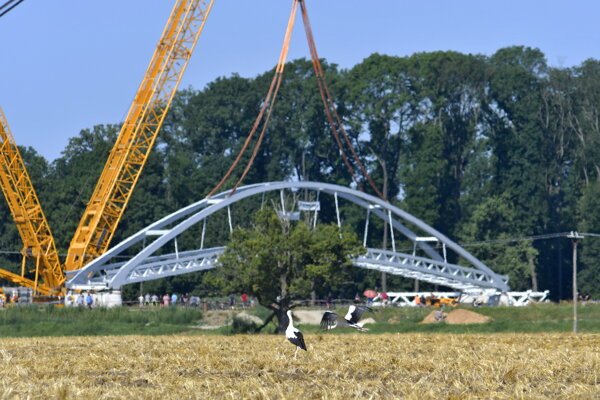 A 143-metre long bridge for pedestrians and cyclists was placed above the Morava river. It will connect the archaeological park with the monuments of the Slavic fortified settlement of Great Moravia near Czech Mikulčice and Kopčany, the locality near the Church of St Margaret of Antioch. 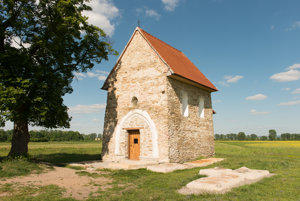 Its aim is to boost Czech and Slovak border tourism. The opening of the bridge is planned for October this year.

The demanding operation of putting the bridge in place took more than two hours. Tens of citizens of Kopčany stopped by to watch the operation ensured by Trenčín company Stavokov.