The D1 highway was closed for hours after the accident. 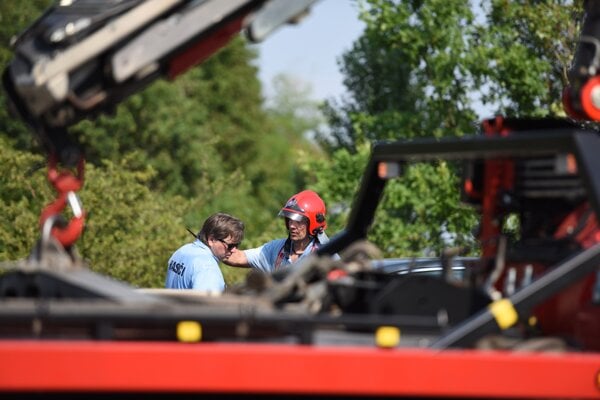 An accident complicated the traffic on the cross-country D1 highway on Monday afternoon.

The highway was closed in both directions on July 29 near Červeník, following an accident involving several cars that left 12 people injured. Some of them were transferred to the hospital by helicopters, the TASR newswire reported.

In the accident, a lorry, a van and two cars collided, informed spokesperson of Firefighters’ Corps Katarína Križanová. The driver of the lorry lost control of the vehicle, broke through central crash barriers and ended up in the opposite direction where he collided with other cars.