The order that saved Christians from captivity built a unique church

The crypt with the altar painting depicting souls in Purgatory opens only twice a year. 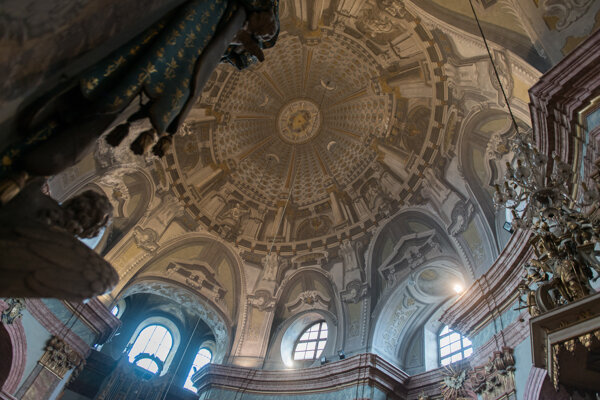 One of the most important Baroque monuments in Bratislava is hidden in plain sight. Trojička, the colloquial name of the Trinity Church or the Church of Saints John of Matha and Felix of Valois, stands on Župné Square, peering above the central SNP Square. A step inside the church is a step into the 18th century, since its interior, unlike other churches that were repeatedly rebuilt, has remained almost unchanged to this day.

Built in the style of dynamic Baroque, the church has several remarkable architectural features, rarely found in other churches on the territory of present-day Slovakia. 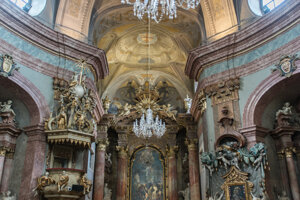 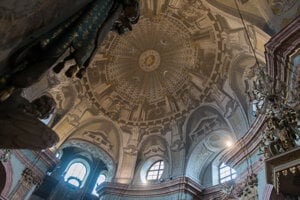 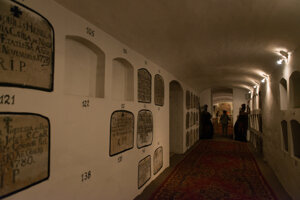 “As the first church in Slovakia, it has an oval nave and inwardly curved façade,” said tour guide Eva Trúchla during a tour organised by the Bratislavské Rožky civic association, dedicated to the history and promotion of Bratislava.

Built thanks to ransom

The church was constructed by the Order of Trinitarians, whose main activity was the ransom of Christians held captive by the Ottomans. 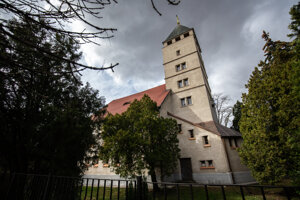 The Order of the Most Holy Trinity or the Trinitarians, was founded by Saints John of Matha and Felix of Valois in the late 12th century. Their distinctive symbol was a red and blue cross.

“Leopold I invited the order to our territory in 1688 to help with the ransom of Christian captives,” said Trúchla. In 1683, the Ottomans reached the gates of Vienna and although Leopold, with the help from Poland, managed to defeat them, many soldiers and ordinary people fell into captivity. 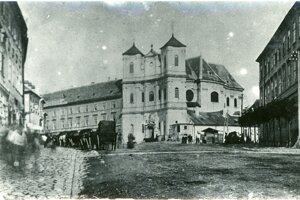 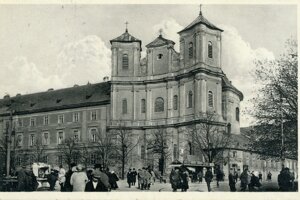 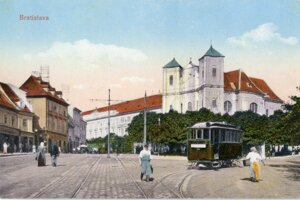 The Church of Saints John of Matha and Felix of Valois

Then archbishop Leopold Kolonič initiated the arrival of the order to Pressburg, nowadays Bratislava. Thanks to generous patrons, including the Archbishop Imrich Esterházi, and the Pálffy and Zichy families, the order obtained land beyond the city’s walls. In the past, there used to stand Saint Michael’s Church with a cemetery. However, the defenders of the city ordered its demolition along with a nearby settlement in 1529 to have a better view of the attacking Ottomans.

The order began to build the church in 1717. It was consecrated in 1725. They also built a monastery next to the church. Emperor Joseph II abolished the order, along with others, in 1782.