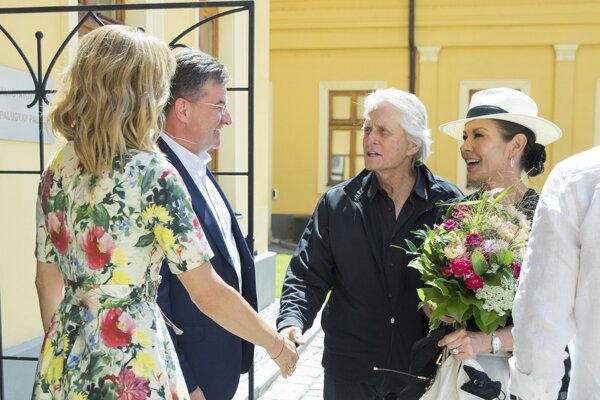 Foreign Affairs Minister Miroslav Lajčák welcomed a celebrity visit on August 4. Well-known US actor Michael Douglas, who is also the UN Messenger for Peace, and his wife, actress Catherine Zeta-Jones, arrived in Slovakia for a private visit.

They discussed current world affairs, disarmament, the protection of children’s rights and Slovakia, the Foreign Affairs Ministry reported on its website.

Lajčák met with Douglas in New York, when he served as the president of the 72nd UN General Assembly.

“Michael Douglas is a very active UN Messenger for Peace. His engagement is very helpful and the conversation was very inspirative,” Lajčák said after the meeting held at the historical Palugyay Palace.