More than 100,000 visitors came to the biggest air show in Slovakia

Apart from Slovakia, groups from 12 other states were presented at the event. 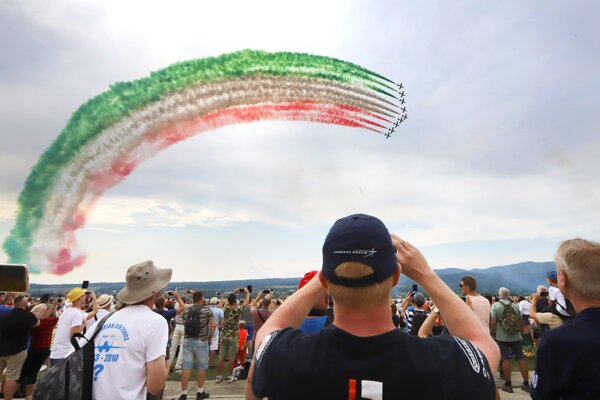 The mastery of pilots and beauties of aircraft in the air and on the ground were the main attractions of the ninth year of the Slovak International Air Fest (SIAF). The Sliač airport (Banská Bystrica Region), where the event took place, welcomed about 107,000 visitors on August 3-4.

“Visitors could see the perennial stars of the Sliač sky and also some premieres,” said Hubert Štoksa, head of SIAF, as quoted by the TASR newswire.

What was on display?

One of the attractions was prepared by the Slovak air forces, which have undergone modernisation in the past years. The Slovak Armed Forces provided altogether 15 pieces of technology, including the Spartan military transport aircraft, L-39 Albatros, MiG 29 fighter jets, and the planes of the governmental fleet.