The citizens and visitors of Bratislava decide on the look and usage of the square. 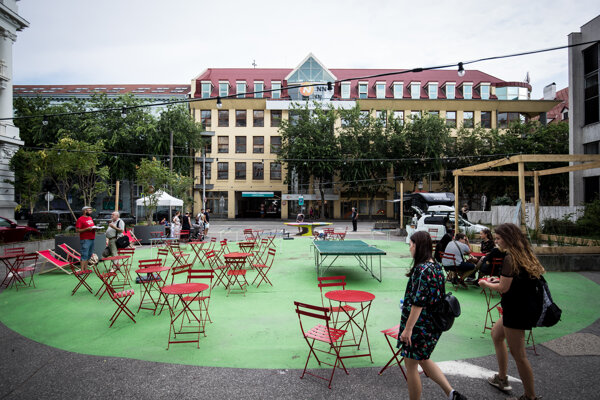 Until recently the tiny Komenského Square behind the historical building of the Slovak National Theatre in the very centre of Bratislava was fully occupied by parked cars. Today, passers-by can sit around, have a coffee, play ping-pong or dance tango.

“I care very much that we have more quality public spaces in Bratislava that people really use,” said Bratislava Mayor Matúš Vallo when introducing the temporary adjustments to the square.

The aim is to return life to this space and allow the city to test how the city residents and visitors will use it during the summer and autumn. Based on collected data and experiences, the city will prepare an architectural competition for its future look and usage. Its plan is to promulgate the competition by the end of 2019. The temporary adjustments means the square will not be empty and unused until a contractor is chosen. It is expected that this will last about a year-and-a-half.

“When transforming Komenského Square, we were inspired by what I saw many years ago in Manhattan,” said Vallo.

In order to give people more public space, the Manhattan local administration gradually began experimenting and mapping how people had become accustomed to using spaces where cars had previously reigned. They painted symbols on the ground, brought flower pots, seats and programmes. It worked and today there are several public spaces in Manhattan that have been created in this way. The Bratislava city council decided for the same approach. 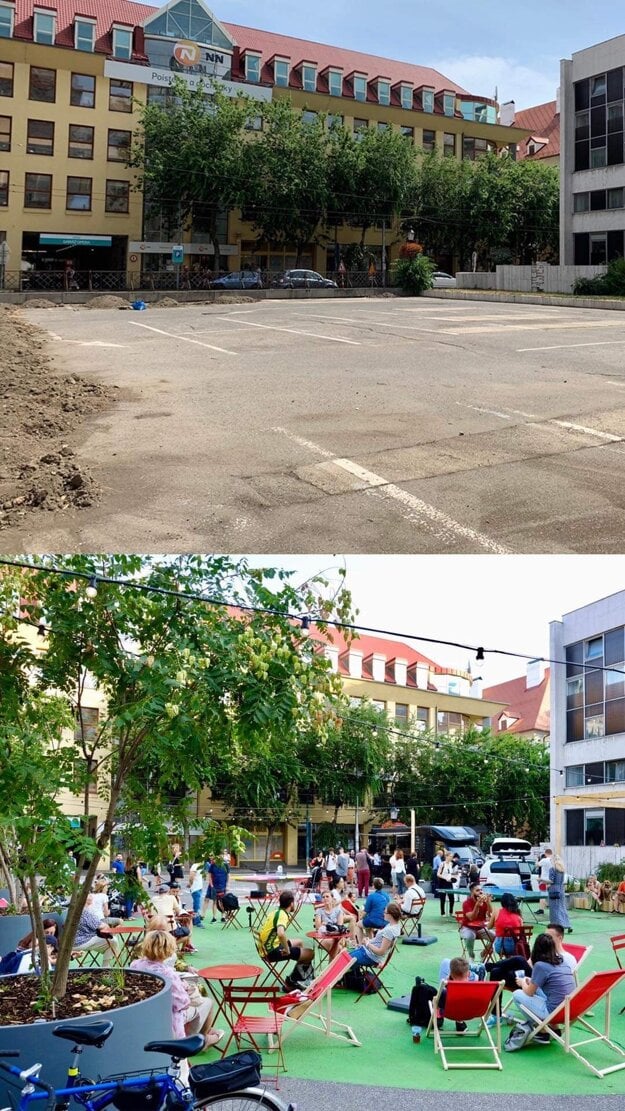 The previous and current look of the Komenského Square. (Source: Courtesy of Bratislava city council)

“We will ask people directly on the square and online how they imagine this space, whether there should be a children’s playground, street food or more greenery,” said Vallo. 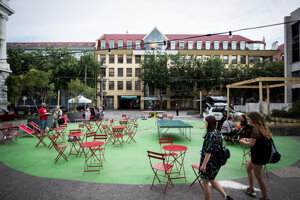 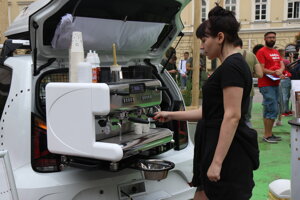 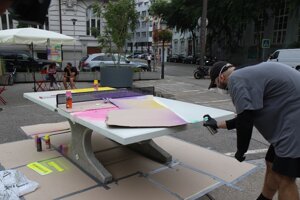 However, the future use of the square is limited by its location above SND’s underground spaces.

“We could not have a thick lawn or big trees,” said Vallo. “Nevertheless, the concrete surface that now covers the square can be removed and we will also go for it.”

The city’s approach to the future usage of Komenského Square shows how the city generally thinks of public spaces and how it wants to deal with them in the future, said Vallo, adding that such a method would be used in the transformation of other public spaces.

Cleaned and with a green circle