An analyst, however, expects the situation to improve later this year. 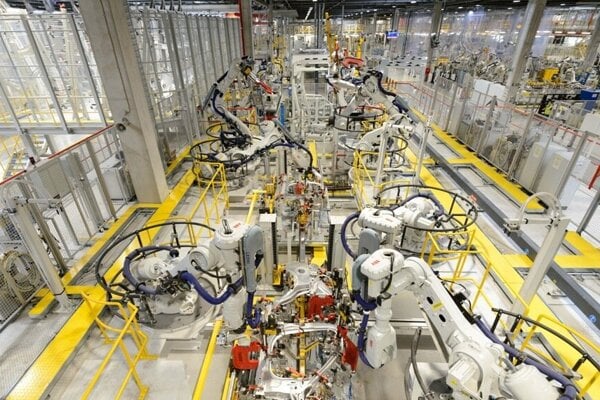 It seems that the automotive industry's supply has been unable to compensate the weakening demands of Slovakia’s business partners.

This is how Ľubomír Koršňák, analyst with UniCredit Bank Czech Republic and Slovakia, responded to the recent foreign trade data published by the Statistics Office.

The foreign trade balance was in surplus, amounting to €203.6 million, which was €246.8 million less than the previous year, statistics show. 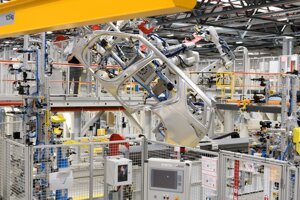 The 12-month surplus thus fell from 2.4 percent of GDP to only 2.1 percent of GDP, which is the lowest level since the beginning of 2012, Koršňák wrote in a memo.

“The foreign trade turnover was even more disappointing,” the analyst continued. “Both exports and imports reported a significant drop.”

Shutdown in oil refinery could have an impact

The annual drop in both imports and exports could have been partially impacted by the temporary shutdown of certain production devices in oil refinery Slovnaft caused by the contaminated crude oil deliveries. Another factor could have been cheaper oil on the global markets, according to Koršňák.

The falling exports could have been affected by a weakening demand of Slovakia’s most important business partners, Germany and the Czech Republic, as well. Both countries witnessed a steep annual drop in industrial production in June, which was probably reflected in supplies for the local industrial companies coming from Slovakia, the analyst continued.

The only category of exports that reported an annual increase was food: by 0.6 percent.

A slight drop was also seen in automotive industry exports, despite the increase in new exports from the fourth carmaker.

Despite weaker foreign trade performance, Koršňák still believes the foreign trade surplus will increase later this year, mostly thanks to the production in Jaguar Land Rover.

“Local economy should gradually respond to the cyclical slow-down of the European economy, which should release pressure on the increase in imports,” Koršňák continued. “This means that new capacities in the automotive industry will gradually prevail in the foreign trade balance again.”