The Church of All Saints in Humenné is unique in many ways. 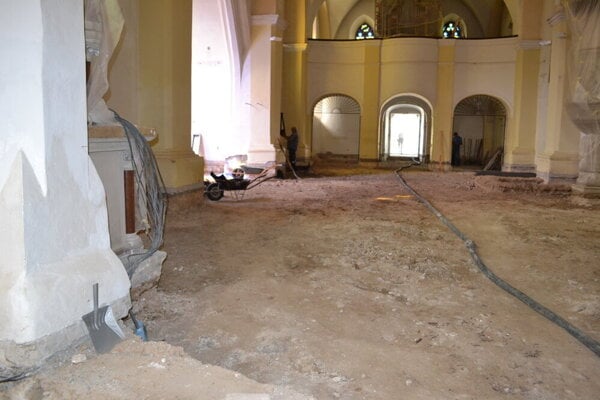 The Church of All Saints in Humenné has served as an archaeological site in recent weeks. (Source: Jana Otriová)
Font size:A-|A+41

The interior of the Church of All Saints in Humenné, eastern Slovakia, has turned into a building site in recent months. Although the main goal is to reconstruct the temple in the Baroque style, an archaeological survey was simultaneously conducted, the Korzár daily reported.

The goal was to uncover as many types of floors as possible.

“We have discovered several floors; 19th century floors, Baroque floors, and some Renaissance ones,” archaeologist Peter Harčar, of the Regional Monuments Board (KPÚ) in Prešov, said to Korzár.

“Medieval mortar floors have been preserved to the greatest depth,” he went on to say to the daily. 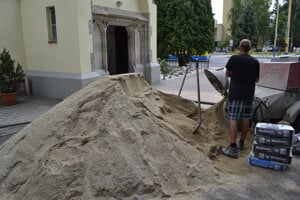 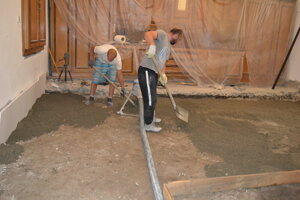 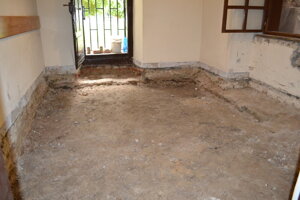 Church of All Saints in Humenné (12 photos)

The Vihorlat Museum carried out the survey through three archaeological searches in the church and one in a partially declined monastery, which is part of the church.

On the border of two worlds

The sacred site is also interesting for another reason: the church is the point where two different cultures meet.

“We are at the bordering east point of the western world,” Harčár said, as quoted by Korzár. 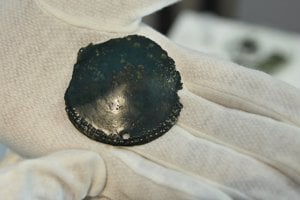 Archaeologists found typical signs of western European Gothic. Yet, Roman and Byzantine ceremonies come together in the church.

They have uncovered new construction phases of the church, too.

“It has turned out there is an even older entrance to the church under the chapel annex, which for the time being is evaluated as the medieval phase of the church,” Harčar underlined, as reported by Korzár.

The partially declined monastery can also be found. The whole discovery says a lot about the strong power status of the noble family living in the city. The family did not want to have a small church built but an opulent mansion, Harčar added.

The church should conceal even two crypts, but archaeologists did not manage to find the entrance to them yet. 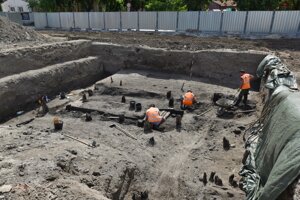 “They were supposed to be in the nave,” Harčar told Korzár. Archaeologists found an exterior staircase to the southern chapel, though. There had previously been an entrance portal, he added.

“The crypts should be located under the nave of the church and the side chapel,”Harčar said, as quoted by Korzár.

It is not known how many people are buried in them. Nonetheless, several members of local noble families, including the Vandernáts, the Čákys, and the Drugets, are expected to be buried the crypts.

The reconstruction works should be completed by October. In the meantime, parishioners are holding their masses in hospital and the Humenné Town Hall.