The 1.9-percent GDP increase in the second quarter of 2019 is well below expectations; Germany and Brexit are main external threats. 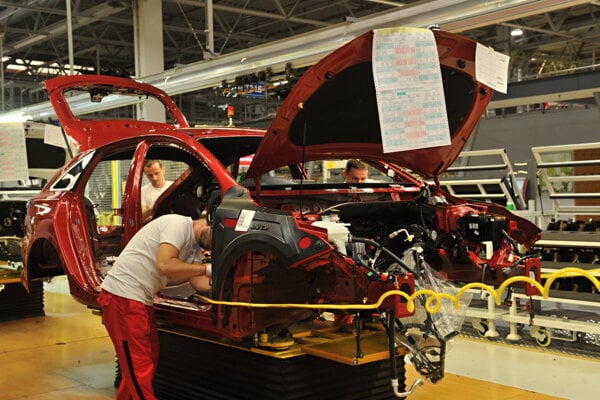 The Slovak economy has begun to decelerate at a pace no one expected, leaving analysts surprised and the government unprepared.

The Statistics Office (ŠÚ SR) published its flash estimate for the second quarter of 2019: the GDP increased by 1.9 percent in the year-on-year comparison. After seasonal adjustment the GDP rose by 2.5 percent compared to the same quarter of 2018.

Read also:Economic growth in the beginning of the year surprised Read more

It is now questionable if the government can achieve the balanced budget as projected in 2019. Finance Minister Ladislav Kamenický (Smer) admitted the recent numbers surprised him.

“The slowdown was expected but not so early and not at this scale,” he told the TASR newswire.

Bank analysts expected Slovakia's economy to go downwards, falling year-on-year from 3.7 percent to 3.4 percent. Yet, the second quarter of 2019 data has painted a different picture.

“It is the slowest annual growth from the second recession wave within the euro area in 2013,” VÚB Bank analyst Michal Lehuta said.

Read more articles by the topic
This article is also related to other trending topics: Brexit, Ladislav Kamenický